World T20: Cautious England Will Not Take Afghansistan For Granted

Eoin Morgan will hope to record a resounding win against Afghanistan in their World T20 match at the Feroz Shah Kotla as they seek to up their run rate in a tight group. 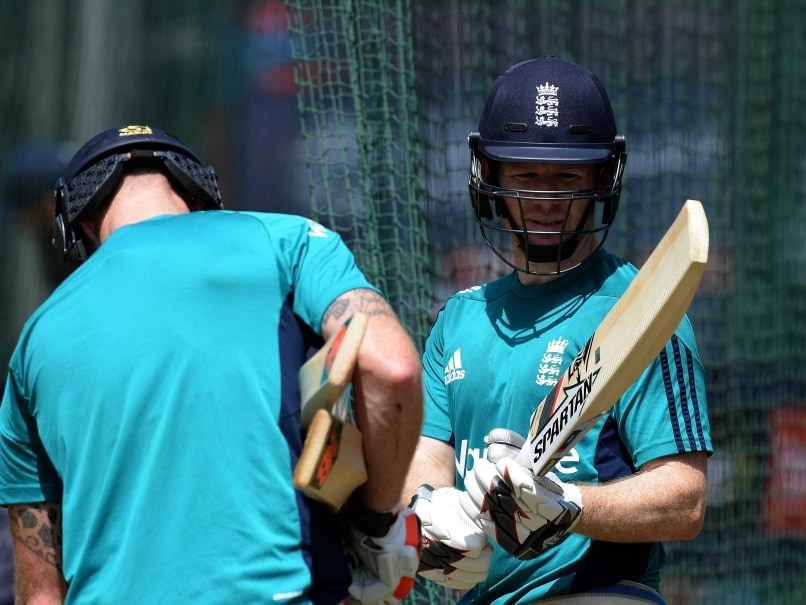 Skipper Eoin Morgan vowed that England would not take lowly Afghanistan lightly in a must-win World Twenty20 tie on Wednesday after exiting their last two major tournaments with egg on their face. (World T20: England Eyeing to Fix Grey Areas Against Fighting Afghanistan)

England's 2014 World T20 campaign ended in an embarrassing 45-run defeat against the Netherlands while a disastrous showing at last year's 50 over World Cup was capped by a chastening loss to Bangladesh.

Morgan's side will hope to record a resounding win against Afghanistan on Wednesday in New Delhi as they seek to up their run rate in a tight group but the captain said there would be no taking victory for granted. (World T20: Afghanistan Have Talent But Need More Exposure, Says Inzamam-ul-Haq)

Speaking to reporters on the eve of the match, Morgan recalled the "horrific" feeling in the dressing-room at the time of the Dutch debacle but said the atmosphere was totally different after Friday's morale-boosting victory over South Africa.

"Our priority is on winning. Tomorrow is a big game and we are certainly not taking Afghanistan for granted. First and foremost we need to get into that game with the right mindset," he said.

"I think Holland was a unique set of circumstances, I think we were already out of the tournament. We went into the game with a particularly wrong mindset," he added.

"Disappointment of getting knocked out of the world cup is horrific, so coming into this game we are really fresh."

Although Afghanistan have lost their two matches in the group stages, they caused South Africa a fright on Sunday with a brisk start to their run chase, with opener Mohammad Shahzad scoring 44 in just 19 balls.

"I think they are a dangerous side. They have played a really exciting brand of cricket," said Morgan.

"We watched the early stages of the tournament when they played and qualified, played some really good cricket. And we watched both games, South Africa and Sri Lanka.

"I think he (Shahzad) is a good batsman but I think it will be rude of me to single out any batsman... I think as a side they can be quite strong and very destructive."

Morgan said England were considering bringing in Liam Dawson as a third spinner alongside Moeen Ali and Adil Rashid on a pitch that is expected to offer more turn than Mumbai, the venue of England's first two games.

Although Afghanistan are effectively out of the tournament, skipper Asghar Stanikzai said his side was determined to leave India with victory against a major team under their belt.

"We have played good cricket and looking to play well against England as well," he said.

"There will definitely be pressure on England ... We are eager to win at least one match in next two. The guys are playing to win."

Comments
Topics mentioned in this article
England Cricket Team Afghanistan Eoin Morgan Mohammad Shahzad Cricket World T20, 2016
Get the latest updates on ICC T20 Worldcup 2022, check out the Schedule and Live Score. Like us on Facebook or follow us on Twitter for more sports updates. You can also download the NDTV Cricket app for Android or iOS.