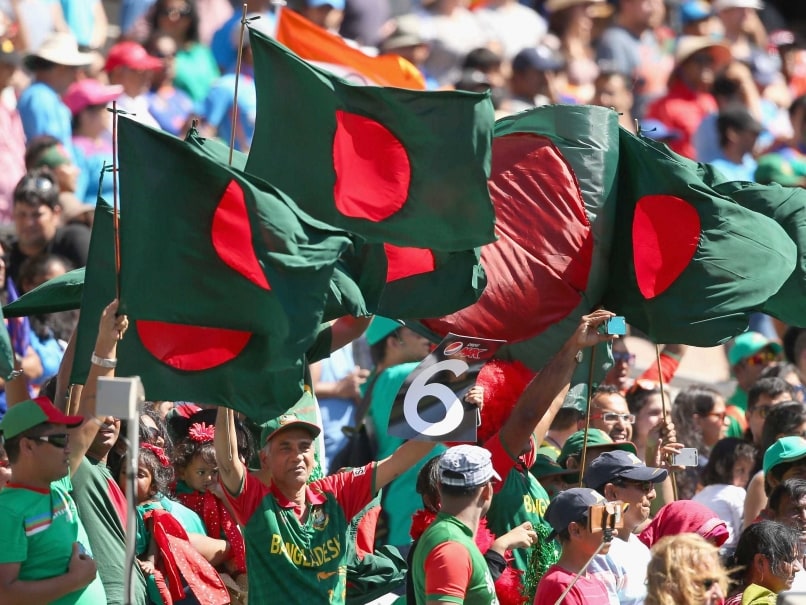 The bans came as a blow to Bangladesh's chances in the World T20 after they lost to Pakistan in their opening match© Getty Images
Dhaka:

Scores of Bangladeshi cricket fans took to the streets of Dhaka on Sunday to express their outrage hours after global cricket officials banned the country's top bowlers from competing in the World T20 in India.

The demonstrators formed a human chain as they marched along a busy road in the capital, after the ICC suspended pacer Taskin Ahmed and Arafat Sunny on Saturday from bowling in international matches for illegal actions.

The bans came as a blow to Bangladesh's chances in the World Twenty20 after they lost to Pakistan by 55 runs in their opening match of the tournament.

"Shame on you ICC. Your action is illegal," one banner read as young fans rallied against what they described as a "conspiracy" targeting Bangladesh.

"The ICC has been consistently trying to destroy the chances of small teams like Bangladesh to do better in the World Cup. The bans of Taskin Ahmed and Arafat Sunny are part of this conspiracy," enraged cricket fan Sanjiban Sudip, 23, told AFP.

"This is nothing new. No players from India, Australia or England have been banned for suspect actions. In contrast, plenty of players from teams like Bangladesh were suspended," he added.

The protesters burned a "symbolic effigy" of the ICC as they concluded their protest. An AFP photographer at the scene said at least 100 people joined the hour-long protest at Dhaka's Shahbagh square.

Thousands of Bangladeshi fans also vented their frustration on social media after the bowlers failed assessment tests to clear the suspicion over their bowling, as the bans made front-page headlines across the cricket-crazy nation on Sunday.

Bangladesh face an uphill task to make the semi-finals of the World T20 for the first time after losing their opening match to Pakistan last week.

Their next game is against Australia in Bangalore on Monday while they must also face New Zealand and India in the group stages.

The ICC launched a crackdown against suspect actions in 2014, which resulted in several leading bowlers being suspended, including the world's former number one-ranked spinner Pakistan's Saeed Ajmal.

Comments
Topics mentioned in this article
Taskin Ahmed Arafat Sunny Bangladesh Cricket Team World T20, 2016 International Cricket Council Cricket
Get the latest updates on IPL Auction 2023 and check out  IPL 2023 and Live Cricket Score. Like us on Facebook or follow us on Twitter for more sports updates. You can also download the NDTV Cricket app for Android or iOS.