Andre Fletcher, whose unbeaten 84 helped West Indies defeat Sri Lanka, said he is not sure if he'll play the next match or not if Chris Gayle recovers from injury 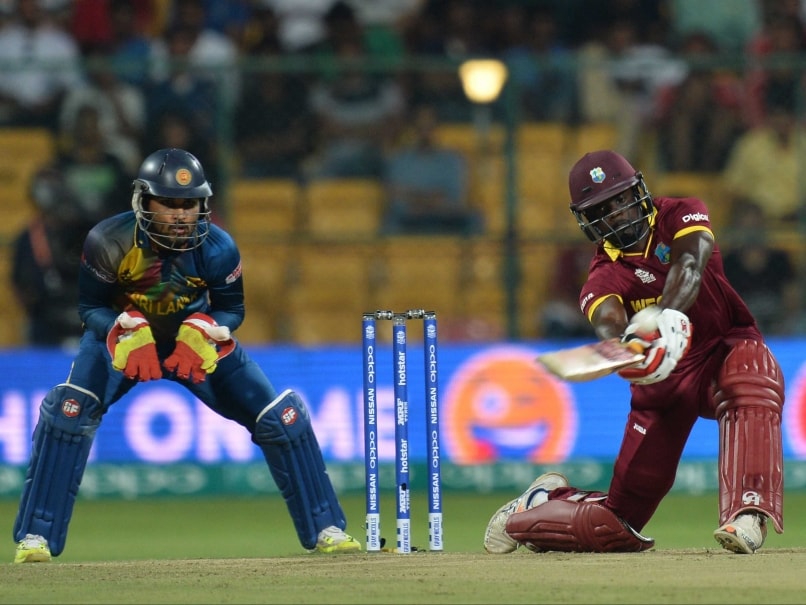 Andre Fletcher was declared the man of the match in the West Indies-Sri Lanka game.© AFP
Bengaluru:

West Indies star performer Andre Fletcher, who made an unbeaten 84 in their win over Sri Lanka, on Sunday said he is still unsure of getting picked for the next match in the ICC World Twenty20. (World T20: Andre Fletcher Shines as West Indies Down Sri Lanka Without Chris Gayle)

"I cannot answer that (whether you are expecting to open for the team for good). I can't even say whether I will play the next game. I am keeping my fingers crossed," he told reporters.

Asked about the side's chances of lifting the Cup for the second time, Fletcher said if they continue with the winning streak, they would lift it again.

"Before the World Cup, we knew what we are capable of. We know the strength of our team. We always back ourselves to win the World Cup. It was good to see two wins under our belt. So, once we get to the semifinal we take it from there into the final. For sure once we continue to play cricket we are accustomed playing, we would lift the cup for the second time," he said.

Asked whom they fancy to meet in the final if they qualify, Fletcher said, "It doesn't matter who comes. We have played everybody. Whosoever the opponent is, we would play them in our style."

Asked about the mood in the camp, Fletcher said it would be good if they win all the matches going into the knockout stage and were treating each match as final.

"We have a great team spirit and are playing in unison. We have to continue that momentum and try not to get complacent. We are playing each game as finals. We want to play as hard as possible and once we could win all four it will be good for us," Fletcher said.

Replying to a query, Fletcher said he wanted to watch Gayle bat from the other end and wouldn't admit that the spectators wanted to see his back, making way for the mighty West Indian to walk into the middle to entertain them. "I wouldn't say the crowd wanted me to get out. You know Chris will always be Chris. He is a great T20 batsman and everybody wants to see him bat. In fact, I also wanted to see him bat from the other end," he said.

Comments
Topics mentioned in this article
West Indies Cricket Team Andre Fletcher World T20, 2016 Cricket
Get the latest updates on IPL Auction 2023 and check out  IPL 2023 and Live Cricket Score. Like us on Facebook or follow us on Twitter for more sports updates. You can also download the NDTV Cricket app for Android or iOS.