Afghanistan have lost their opening two World T20 Super 10s matches to Sri Lanka and South Africa but in both games gave their opponents a mighty scare, showing they can compete on the biggest stage. 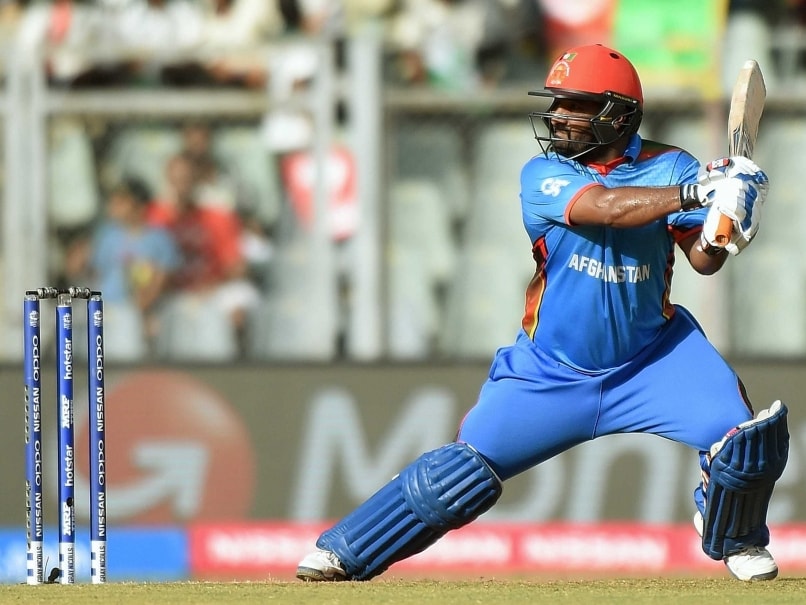 Afghanistan's Mohammad Shahzad has caught the eye of one and all and showed off his hitting prowess against South Africa by smashing 44 off 19 balls.© AFP

Afghanistan have shown their credentials in the ongoing World T20 but need to have more exposure to top-flight opposition if they are to do justice to their undoubted talent, former Pakistan captain Inzamam-ul-Haq said on Tuesday. (England Eyeing to Fix Grey Areas Against Fighting Afghanistan)

After defeats to Sri Lanka and South Africa in their first two group matches in the World T20, Afghanistan's latest adventure with cricket's big guns is drawing to a close. (Spin is Our Strength, Says Afghanistan Skipper Asghar Stanikzai)

But even if qualification for the semi-finals is now all but impossible, they have won new fans by giving South Africa a fright and still have an opportunity to spring an upset against England on Wednesday night.

The Afghan team's progress in the last few years has been one of cricket's feel-good stories but after the highs of competing in last year's 50 over World Cup and the World T20, they have no immediate fixtures against major teams on the horizon once they leave India.

Inzaman, who was appointed Afghanistan's coach last October, said his charges had done themselves proud after qualifying for the group stages by seeing off more established teams such as Zimbabwe and Scotland.

"It feels good that people are appreciating Afghanistan. Boys have worked hard. We have qualified for the World Cup and played good cricket," said the former Pakistani skipper in a press conference.

"Okay, we have not been able to win a single game, but have played good crikcet. So if we improve a level, we can win.

"This Afghanistan team has got all the talent, they just need more exposure. The more they play international cricket, the more their talent will improve."

In Sunday's match against South Africa, Afghanistan were 105 for two at one stage in pursuit of the Proteas' total of 210 although they were ultimately comfortably beaten after a flurry of wickets.

Burly wicket-keeper Mohammad Shahzad once again caught the eye by smacking five sixes as he raced to 44 in just 19 balls.

Indian legends Sachin Tendulkar and Rahul Dravid are among those who have expressed their admiration for the exploits of a team which has to play all their matches abroad because of the security situation back home.

Their captain Asghar Stanikzai said he was "proud" to hear such praise but also urged the International Cricket Council (ICC) to ensure the team, which is now based in India, can build on their progress.

"Many people believed at the start of the tournament that the matches against Afghanistan would be one-sided, but we really prepared and planned and caused a bit of a scare," he said, speaking through an interpreter.

"We need their (ICC) support and we are eager to play each and every world cup and we have requested full members to play a series with us.

"In one game you cannot compare the potential of the team but in a series you can. We are a side who would like to play more series."

Comments
Topics mentioned in this article
Afghanistan Sri Lanka Cricket Team South Africa Cricket Team Mohammad Shahzad Asghar Stanikzai World T20, 2016 Inzamam-ul-Haq Cricket
Get the latest updates on ICC T20 Worldcup 2022, check out the Schedule and Live Score. Like us on Facebook or follow us on Twitter for more sports updates. You can also download the NDTV Cricket app for Android or iOS.