There have been five different champions at the T20 World Cup. No host country has ever won the championship. 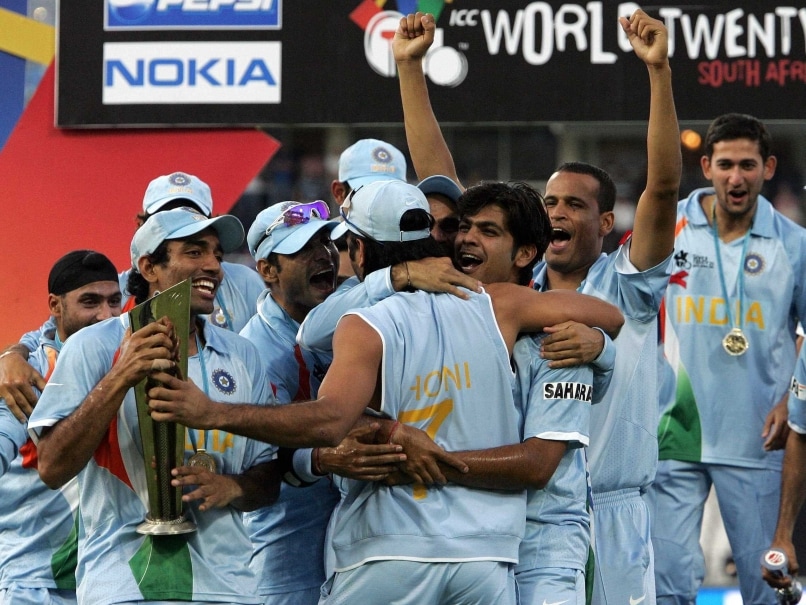 India were the champions of the inaugural T20 World Cup.© AFP
New Delhi:

The five past winners of the T20 World Cup, which starts with the preliminary phase on Tuesday:

Sri Lanka defeated India by six wickets to lift the 2014 title in Mirpur, Bangladesh, to atone for their defeat in the previous two finals and provide the perfect T20 international farewell for Kumar Sangakkara and Mahela Jayawardene. (Top Ten Knocks)

West Indies stunned Australia in the semi-finals and then broke the hearts of Sri Lanka in a low-scoring final. Despite scoring only a modest 137, the Windies restricted the hosts to 101 in reply before Chris Gayle led his team-mates in a celebratory 'Gangnam Style' dance. (Will IPL Exposure Hurt India?)

Player of the tournament Kevin Pietersen inspired England to their first ICC trophy in perfect fashion, defeating arch-rivals Australia in the West Indies. (Five Men Who Have Taken World T20 by Storm)

India won a thrilling inaugural final against Pakistan by five runs when Misbah-ul-Haq failed to make the runs needed in the final over, inspiring their previously sceptical fanbase to embrace the T20 format. (India Overwhelming Favourites, Say Greats)