A two-member security assessment team from Pakistan arrived in Dharamsala to review the security situation ahead of the World Twenty20 clash between India and Pakistan. 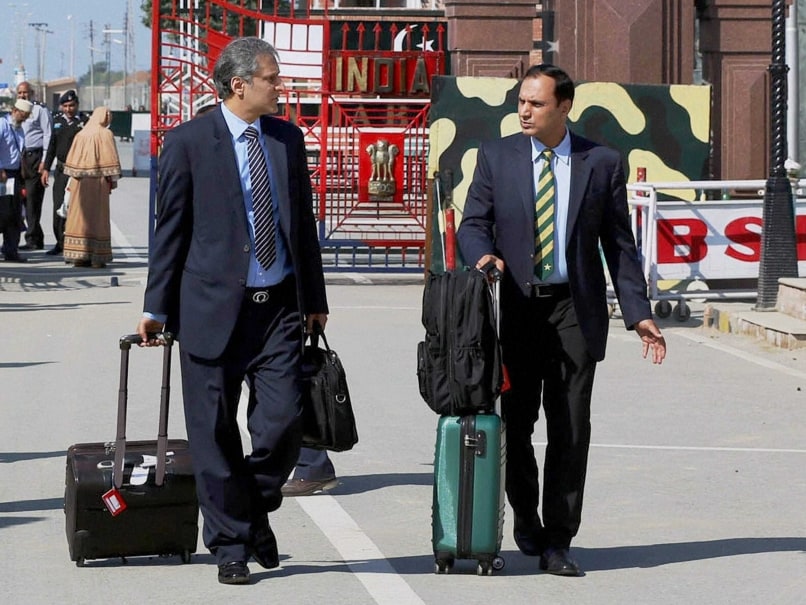 Pakistan's security team will meet senior Indian security officials and assess the lodging and boarding arrangements for the players.© PTI

A two-member team from Pakistan arrived today to review the security situation in Dharamsala which is scheduled to host the side's marquee World Twenty20 clash against India -- a match that appears to be in trouble owing to protests by Himachal Pradesh's ex-servicemen. (World Twenty20: Pakistan Should Not Play India in Dharamsala, Says Imran Khan)

Pakistan are scheduled to start their campaign on March 16 against a qualifier before clashing with India on March 19. (Pakistan Cricket Board Stops Women's Team From Travelling to India For World Twenty20)

However, the much-anticipated match has been thrown into jeopardy after Himachal Pradesh Chief Minister Virbhadra Singh said the game should be shifted out to respect popular sentiment after the Pathankot terror attacks.

Dr Anwar is also part of of the six-member special committee constituted by Prime Minister Nawaz Sharif to probe the Pathankot terror attack.

Third member of the team is Deputy High Commission in India Ubaid Nazamani.

The team will meet senior Indian security officials and assess the lodging and boarding arrangements for the players. Besides, it will assess whether the security situation is suitable for the visit by the cricket team.

Earlier, Interior Minister Chaudhry Nisar Ali Khan said the security team would meet the Himachal Pradesh chief minister and the state police chief and prepare a report which would be sent to the Pakistan Cricket Board.

"Threats to the Pakistani cricketers are credible and the team's scheduled departure for India may be delayed until the security officials' delegation gives its clearance," Nisar said.

"The trip can be delayed till we are sure that they will be safe. We want to ensure our team is provided complete security in India and this is the responsibility of the Indian government and the International Cricket Council."

Chief Minister Virbhadra Singh had said the match should be moved to another venue out of respect for those killed in an assault by militants on the Pathankot air force base.

Comments
Topics mentioned in this article
India Cricket Team Pakistan Cricket Team Himachal Pradesh Cricket Association Stadium, Dharamsala World T20, 2016 Cricket
Get the latest updates on ICC T20 Worldcup 2022 and CWG 2022 check out the Schedule, Live Score and Medals Tally. Like us on Facebook or follow us on Twitter for more sports updates. You can also download the NDTV Cricket app for Android or iOS.