Sri Lanka Cricket's selection committee chairman Aravinda de Silva said all the decisions were taken in the best interest of the team. 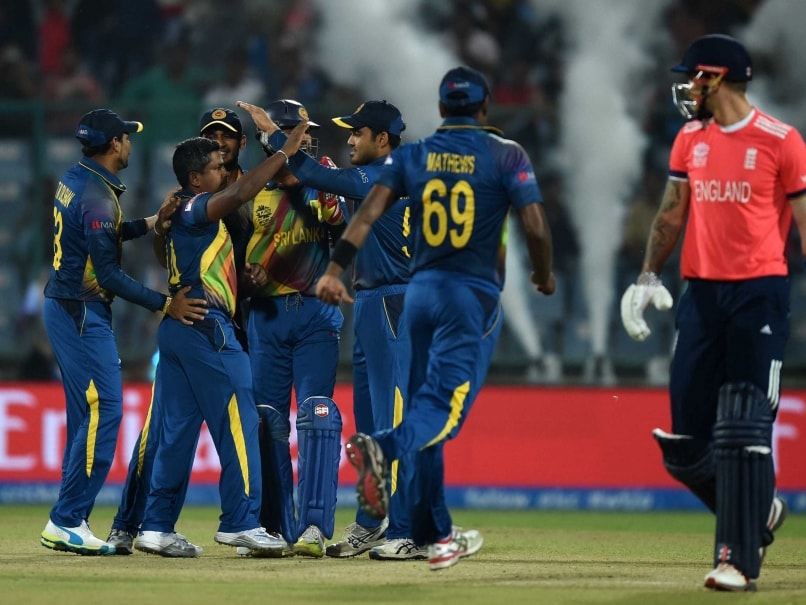 Sri Lanka exited out of the World T20 after their loss to England.© AFP
Colombo:

"All decisions were taken in the best interest of the team and we take responsibility," de Silva, the hero of Sri Lanka's 1996 World Cup win, said.

He replaced the committee headed by Kapila Wijegoonawardana.

Wijegoonawardana's committee was sacked by the Sports Ministry just a few days before the team departed.

De Silva's committee, which also included Kumar Sangakkara, made changes to the squad picked by the previous committee.

Sri Lanka fared poorly and failed to make it to the semi-finals in a woeful defence of their title won in 2014. De Silva defended the decision to include Lahiru Thirmanne in the squad after he had been overlooked by the previous committee for poor form.

"Thirimanne is the most technically sound batsman we have right now. He needs to be backed. Marvan Atapattu was still kept in the team after making six ducks, Sanath Jayasuriya was brought up the order after his repeated failures in the middle order," de Silva said.

On Lasith Malinga's spat with the selectors, de Silva said all decisions on the pacer was taken in consultation with him.

Malinga resigned as captain just before the original team was selected.

He was named in the final squad and travelled with the team before withdrawing on fitness grounds.

"His fitness will be proved soon when he plays in the IPL," de Silva said.

Comments
Topics mentioned in this article
Sri Lanka Cricket Team Aravinda De Silva World T20, 2016 Cricket
Get the latest updates on India vs South Africa and check out  Schedule, Results and Live Score. Like us on Facebook or follow us on Twitter for more sports updates. You can also download the NDTV Cricket app for Android or iOS.