South Africa spinner Aaron Phangiso as reported for an illegal action in a domestic game last month and his action was ruled illegal after initial tests. 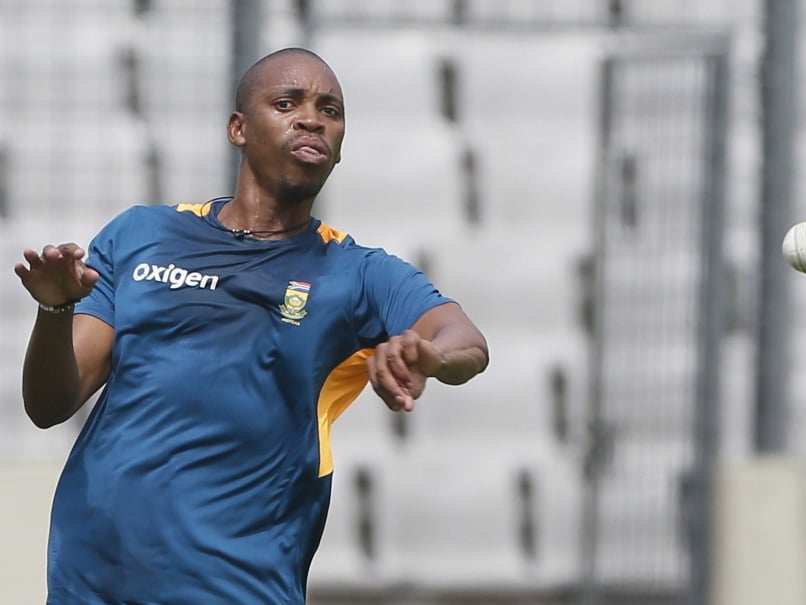 Aaron Phangiso made adjustments to his action before being re-tested ahead of the T20 World Cup.© AP
Johannesburg:

South Africa spinner Aaron Phangiso has been cleared of an illegal bowling action and can play at the T20 World Cup.

Cricket South Africa says left-armer Phangiso came through a second set of tests on his action on Monday. He was reported for an illegal action in a domestic game last month and his action was ruled illegal after initial tests.

Phangiso, who was already picked in the Proteas squad for the World T20 in India, had to sit out the first two games in a warm-up series against Australia ahead of the World Cup. He made adjustments to his action before being re-tested.

Phangiso said Tuesday in a statement issued by CSA: "It's a huge relief to be cleared."

He won't be considered for Wednesday's final game against Australia.

Comments
Topics mentioned in this article
Aaron Phangiso South Africa Cricket Team World T20, 2016 Cricket
Get the latest updates on IPL Auction 2023 and check out  IPL 2023 and Live Cricket Score. Like us on Facebook or follow us on Twitter for more sports updates. You can also download the NDTV Cricket app for Android or iOS.