Shahid Afridi Says Pakistan Should Have Self Belief to Win Matches

Pakistan skipper Shahid Afridi said that he has confidence in the team to deliver the goods at the World Twenty20. 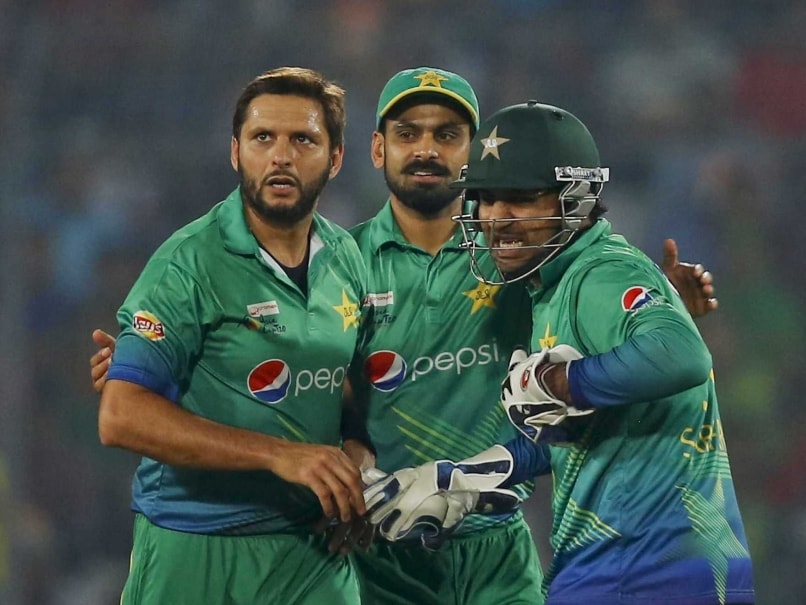 Shahid Afridi was happy that the reserve players were also given a chance ahead of the World T20.© AP
Mirpur:

Pakistan failed to impress in the Asia Cup T20 cricket tournament but captain Shahid Afridi asserted that his side can deliver in the World Twenty20 later this month if they have self-belief with them. (Match Report | Scorecard)

Pakistan failed to enter the final of the Asia Cup T20 but Afridi said that they are still a good side.

"We're good cricketers, just that we need to have more self-belief," Afridi said when asked about his team's performance in the Asia Cup T20 and the upcoming World Twenty20.

"That's what helped us in the chase today. I don't fall down easily, yes, it was tough but I'm confident the boys can deliver," Afridi said after his side beat Sri Lanka by six-wickets in an inconsequential match here.

"We had to change a few things, we worked hard and it helped today. We wanted to keep wickets intact in the first six overs and it worked," he added.

Afridi was happy that the reserve players were also given a chance ahead of the World T20 in India.

"We've backed players, we did not want to tamper too many things, but the selectors have done well to give everyone a sincere opportunity," said Afridi.

Umar Akmal, Man-of-the-Match for his 37-ball 48, gave credit to his captain and team management for the win. "Credit to the captain, coaching staff and team management. (Coach) Waqar showed me a motivational video before the match. That fired me up. We wanted to sign off with a win, good to see some rhythm to our game before the World T20," he said.

Sri Lanka captain Dinesh Chandimal said his side played some good cricket overall but injuries had impacted on their performance.

"Overall we played some good cricket. Injuries are the main issues, we haven't been able to get the best combination as a result. Hopefully players will recover in time," he said.

Talking about today's match, Chandimal said, "We were 10-15 short with the bat, that was the turning point in this game. It was difficult to grip the ball with this dew."

Comments
Topics mentioned in this article
Pakistan Cricket Team Sri Lanka Cricket Team Asia Cup 2016 World T20, 2016 Shahid Afridi Dinesh Chandimal Umar Akmal Cricket
Get the latest updates on ICC T20 Worldcup 2022 and CWG 2022 check out the Schedule, Live Score and Medals Tally. Like us on Facebook or follow us on Twitter for more sports updates. You can also download the NDTV Cricket app for Android or iOS.