The final decision on Pakistan teams (men and women) departure to India for the T20 World Cup 2016 will be taken after a formal go ahead by the interior ministry. 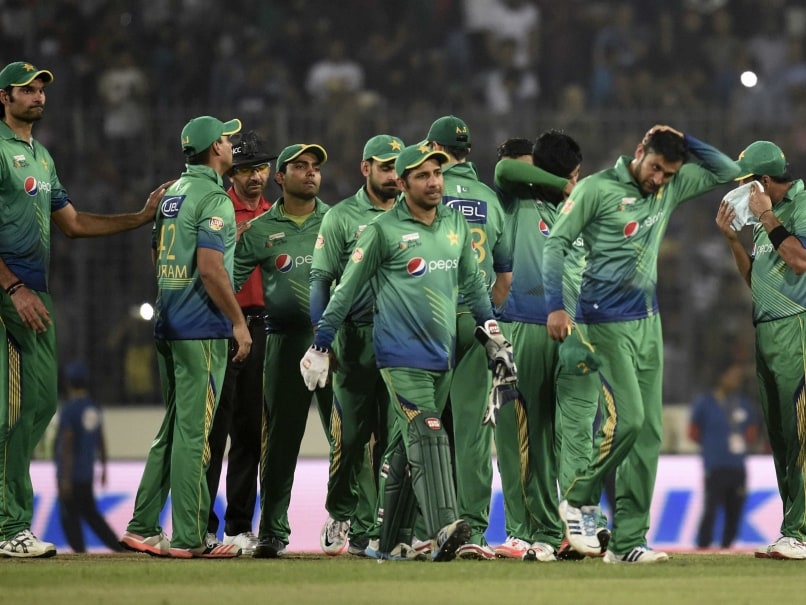 Pakistan have asked ICC and BCCI to shift their T20 World Cup match against India from Dharamsala on March 19 to some other venue.© AFP

Pakistan have delayed their departure for the T20 World Cup 2016in India while they await the go-ahead from the government, which has concerns about the team's security, the Dawn newspaper has reported.

The Pakistan Cricket Board sent a delegation of officials to check security at the venues in India earlier this week, with the Dharamsala venue for their March 19 clash against India of particular concern.

The delegation was scheduled to report their findings to the Pakistan interior ministry on Tuesday and the PCB had hoped the team could then depart for New Delhi on Wednesday.

"The final decision on teams departure to India for T20 World Cup will be taken after a formal go ahead by the interior ministry."

PCB chairman said on Monday that there was no question of Pakistan not playing in the tournament but that other venues might need to be considered.

"I have written to (ICC chairman Shashank Manohar) that if you want us to play somewhere else because of issues at Dharamsala we are willing to consider that," he told reporters in Lahore.

"We have never refused to play."

Pakistan open their tournament on March 16 against a qualifier in Kolkata before their match with India in Dharamsala three days later. They then face New Zealand on March 22 and Australia on March 25, with both of those matches in Mohali.

Khan said security was the responsibility of state governments in India with the central government unwilling to direct their state counterparts on what to do.

The chief minister of the Himachal Pradesh state government, Virbhadra Singh, had told local media earlier this month there were concerns over whether they could provide adequate security for the Pakistan team in Dharamsala.

"Earlier, the Chief Minister of Himachal Pradesh had said they could not guarantee security but now it seems like they would provide the security," Khan added.

The tournament opened on Tuesday with qualifying matches before the main draw begins on March 15. The final will be held at Eden Gardens in Kolkata on April 3.

Comments
Topics mentioned in this article
Pakistan Cricket Team World T20, 2016 Cricket
Get the latest updates on ICC T20 Worldcup 2022 and CWG 2022 check out the Schedule, Live Score and Medals Tally. Like us on Facebook or follow us on Twitter for more sports updates. You can also download the NDTV Cricket app for Android or iOS.