No Plans to Remove Shahid Afridi, Says Pakistan Cricket Board 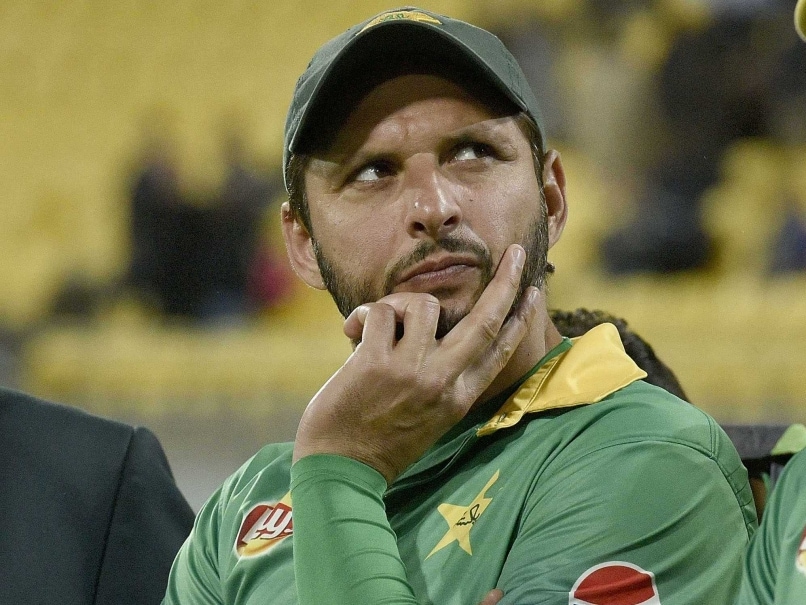 Shahid Afridi has had an extremely poor Asia Cup T20 tournament. In three matches, he has scored just 2 runs with one DNB and taken just 2 wickets.© AFP
Karachi:

Pakistan Cricket Board (PCB) chief Shaharyar Khan has tried to quell speculations about a possible change in the captaincy before the World Twenty20 by declaring that the board had no plans to remove current skipper Shahid Afridi. ('Pakistan Squad to Undergo Changes Before World T20')

Khan said the flamboyant all-rounder will remain in charge for the mega event in India. This was in response to speculations about Afridi's future as the national T20 captain following the team's poor performance in the ongoing Asia Cup Twenty20. (Pakistan Batsmen Face Fire After Asia Cup Defeat)

"I promised Shahid Afridi that he will be retained as Pakistan captain until the end of the World T20," he said.

But speculations still continued over Afridi's future as board insiders said that during deliberations on the team's performance in the Asia Cup majority had felt that the all-rounder was not pulling his weight. (Pakistan Batsmen Responsible For Asia Cup Losses: Saqlain Mushtaq)

Speculations are strong that the PCB might ask Afridi to step down as captain himself so that they can appoint vice-captain wicketkeeper Sarfaraz Ahmed in his place for the World T20 when the team returns from Bangladesh later this week before going to India.

News channels also carried stories off head coach Waqar Younis losing his cool with Afridi and other players after the defeat to Bangladesh.

Geo News reported that Afridi had not shown up for training and also skipped the one before the Bangladesh match.

But the PCB released an audio message of the head coach from Dhaka in which he expressed surprise and disappointment over the news being aired by some channels.

"I don't know from where these speculative things come up because nothing of this sort happened. These baseless reports only hurt the team, country and us," Waqar said.

"What can I say to the players when I know they are trying their best but are struggling since they are out of form," he added.

"It is very unfortunate whenever we don't do well these things come up and are highlighted on not only social media but also in leading channels."

Comments
Topics mentioned in this article
Pakistan Cricket Team Shahid Afridi Waqar Younis Asia Cup 2016 World T20, 2016 Cricket
Get the latest updates on ICC T20 Worldcup 2022 and CWG 2022 check out the Schedule, Live Score and Medals Tally. Like us on Facebook or follow us on Twitter for more sports updates. You can also download the NDTV Cricket app for Android or iOS.