Veteran Nathan McCullum, Mitchell Santner and Ish Sodhi were all included in the 15-man New Zealand squad for the World Twenty20, which will be captained by Kane Williamson. 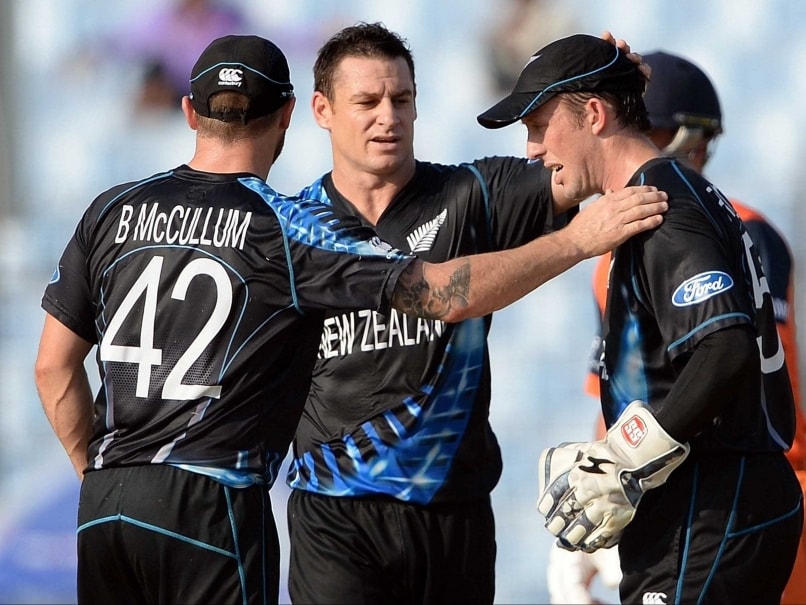 Nathan McCullum will be key on the spin-friendly conditions during the World Twenty20.© AFP
Wellington:

New Zealand on Monday named three spinners in the Black Caps squad for the ICC World Twenty20 in India, anticipating a wealth of turning wickets.

Veteran Nathan McCullum, Mitchell Santner and Ish Sodhi were all included in the 15-man party, which will be captained by Kane Williamson with Brendon McCullum's retirement pending.

"With the Indian conditions in mind, the plan has always been to take three front-line spinners and all three bring something different," coach Mike Hesson said.

"It's great to have Nathan available again and his experience in the foreign conditions will be invaluable -- both he and Mitch Santner have the ability to bowl in the first six overs, which gives Kane a number of options to work with."

New Zealand have been drawn in Group 2 of the Super 10 stage in India where they will play alongside Australia, Pakistan, the hosts, and one of the qualifiers from the first round.

Comments
Topics mentioned in this article
Nathan McCullum Ish Sodhi Kane Williamson World T20, 2016 New Zealand Cricket Team Cricket
Get the latest updates on IPL Auction 2023 and check out  IPL 2023 and Live Cricket Score. Like us on Facebook or follow us on Twitter for more sports updates. You can also download the NDTV Cricket app for Android or iOS.