Mahendra Singh Dhoni, whose team won the Asia Cup on Sunday, said that in India everybody has an opinion on cricket which leads to unnecessary criticism. 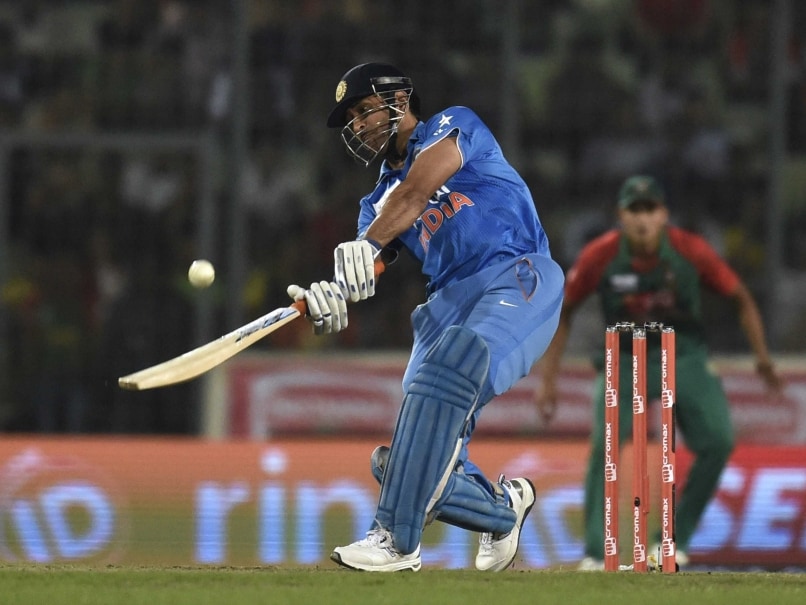 Mahendra Singh Dhoni took a jibe at his detractors, after India's Asia Cup final win over Bangladesh, saying that 'freedom of expression' in India is used liberally by people when it comes to having an opinion on cricket. (Asia Cup: Shikhar Dhawan, Virat Kohli Take India to Sixth Title With Win over Bangladesh)

"I believe, in India, everyone has an opinion on issues, especially on cricket. There is freedom of expression and everyone is entitled to an opinion. Play like this, play like that, do like this, do like that. The problem is cricket looks a bit easier on television than when we play it at the ground," Dhoni said, after India were crowned Asia Cup champions for the sixth time following an eight-wicket win over Bangladesh. (India Well on Track for World Twenty20, Says Mahendra Singh Dhoni)

"Well there will be a lot of criticism. If anyone asks me that 'what would you have liked to do', I would have said: 'Playing cricket for India will be my first choice. I will never play for any other country'." (Asia Cup final highlights)

But he also said that an individual should take a middle path when he is cornered, something which enables him to maintain a fine balance.

"Best for an individual is to take the middle part. Don't get too bogged down by criticism and also don't take yourself too seriously when you are praised. The media also balances it. If they take you up, they will also bring you down. If you are up on a parachute, you can delay your coming down, but eventually you will come down. And then they will again throw you up."

The Bangladeshi crowd and the media has been very hostile to the Indian cricket team in the recent past after their World Cup quarter-final loss.

But knowing fully well how he can be misunderstood in this part of the world, Dhoni did his own 'balancing act' praising the opposition.

"But things have changed. It's not a Bangladesh team of 2004. They have a fantastic squad, they have improved a lot and that's showing in their performance."

He agreed that any defeat hurts but staying in present is paramount.

"Staying in the present helps. If you start thinking about past, you always feel hurt but it's important to forget about past. You can only take your learnings out of it. We played to our strength and glad we did that as this was an important win."

After his match-finishing act today, someone asked if he still feels that he cannot win matches regularly as he had said late last year, a smiling Dhoni replied: "More than me, the media said (laughs). (On a serious note) I can play big shots. It's about consistency.

"A Suresh Raina or a Rohit Sharma can actually play big shots from the first delivery. In the sub-continent, it is very difficult to play big shots straightaway when you are coming down the order. The ball reverses and also is soft."

"Out of 10 innings, I might be able finish in 5 innings but some in the team have strength to do that in 7 out of 10 innings. So I think we criticise individuals too much without giving them a fair run. We have a habit of throwing statistics but I would like to check the statistics of last 50 years (limited overs have been serious played only last 33 years) as to who has finished how many games for India," concluded Dhoni.

Comments
Topics mentioned in this article
India Cricket Team MS Dhoni World T20, 2016 Cricket
Get the latest updates on ICC T20 Worldcup 2022 and CWG 2022 check out the Schedule, Live Score and Medals Tally. Like us on Facebook or follow us on Twitter for more sports updates. You can also download the NDTV Cricket app for Android or iOS.