India face Australia in a crunch World T20 game in Mohali on Sunday, with the winners progressing to the semifinals from Group 2. Mahendra Singh Dhoni's men have not been beaten by Australia in their previous five T20 clashes. 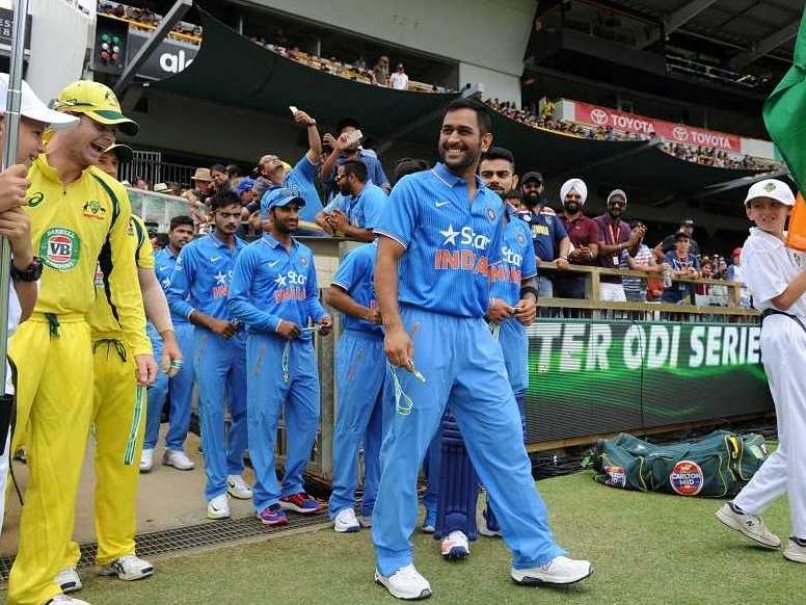 It will be a straight shootout for the World T20 semi-final spot between Australia and India in Mohali on Sunday.© AFP

India, who entered the World T20 as the No. 1 side, face Australia in a must-win ICC World T20 clash, which will decide the second semifinal entrant from Group 2. (World T20: India Face Fierce Rivals Australia in Battle For Semi-final Spot)

Mahendra Singh Dhoni's men were given a reality check by New Zealand in their opening match, as they lost to the Kane Williamson-led side. Since then, the hosts have defeated Pakistan and Bangladesh to return to winning ways.

Australia also started their campaign with a loss to the Kiwis. But Steven Smith's men came back brilliantly with wins against Bangladesh and Pakistan.Â (Australia Will Miss Second Spinner Against India, Feels Dean Jones)

India and Australia's recent clashes show that the Men in Blue are unbeaten by Australia in the last five T20 internationals.

Kohli scored an unbeaten 59 while Ravindra Jadeja picked 2/32 as India clinched the away T20 series in style. Rohit (60) and Shikhar Dhawan (42) also made significant contributions to take India to 184. Then the bowlers did rest of the job.

Kohli's unbeaten 90 helped India post of total of 188/3. Then debutant Jasprit Bumrah picked 3/23 while Jadeja picked 2/21 to dismiss Australia for 151.

Yuvraj Singh's 60 helped India post a decent target of 160 in front of Aussies, in this 2014 World T20 match. Ravichandran Ashwin returned with figures of 4/11 to reduce Australia to 86 all out.

Comments
Topics mentioned in this article
India Cricket Team Australia Cricket Team MS Dhoni Steven Smith Punjab Cricket Association Stadium, Mohali World T20, 2016 Cricket
Get the latest updates on SA vs IND 2021-22, check out the Schedule and Live Score . Like us on Facebook or follow us on Twitter for more sports updates. You can also download the NDTV Cricket app for Android or iOS.