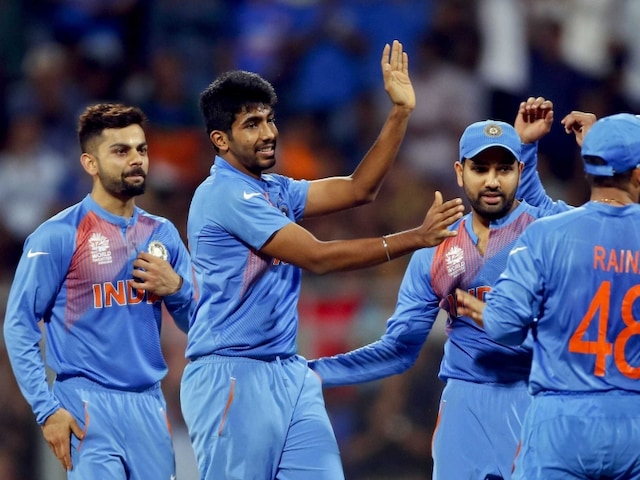 Jasprit Bumrah has been a revelation in Twenty20 and will be a force to reckon with at ICC World T20.© AP
Mumbai:

Former pacer Laxmipathy Balaji feels the Indian fast-bowling attack has been in impressive form in the run-up to the ICC World Twenty20 especially veteran Ashish Nehra, who has made a fine comeback into the squad. (World T20: Confident India Begin Title Bid With New Zealand Game)

"India has prepared well for the ICC World Twenty20 and have got the combinations right in the last three tournaments against Australia, Sri Lanka and the Asia Cup. The seniors as well as the juniors are doing well. The fast bowling department has been looking great especially in the death overs," said Balaji on the sidelines of an event.Â (India Should Focus on Winning World T20, Not Defeating Pakistan: Gautam Gambhir)

"Ashish Nehra and Bumrah are bowling very well now. Ashish has made a very good comeback. It's not easy to do coming back after six years to a new Indian team. He has had his ups and downs. I rate Ashish very high," he added in praise of Nehra, who was out of the team for a long period after being part of the victorious 2011 World Cup squad.

"I think whichever team gets a good start will get the momentum and it will finish well," added Balaji.Â (World T20: Sachin Tendulkar Satisfied With Mahendra Singh Dhoni's Return to Form)

Four of them are to witness the India-New Zealand World T20 Super 10 Group 2 match at the VCA Stadium in Nagpur.

Comments
Topics mentioned in this article
India Cricket Team Lakshmipathy Balaji Jasprit Bumrah Ashish Nehra World T20, 2016 Cricket
Get the latest Cricket news, check out the India cricket schedule, Cricket live score . Like us on Facebook or follow us on Twitter for more sports updates. You can also download the NDTV Cricket app for Android or iOS.