India, playing at home during the World Twenty20, will be the team to look out for with their superior batsmen and spinners, according to Australia's stand-in skipper Shane Watson 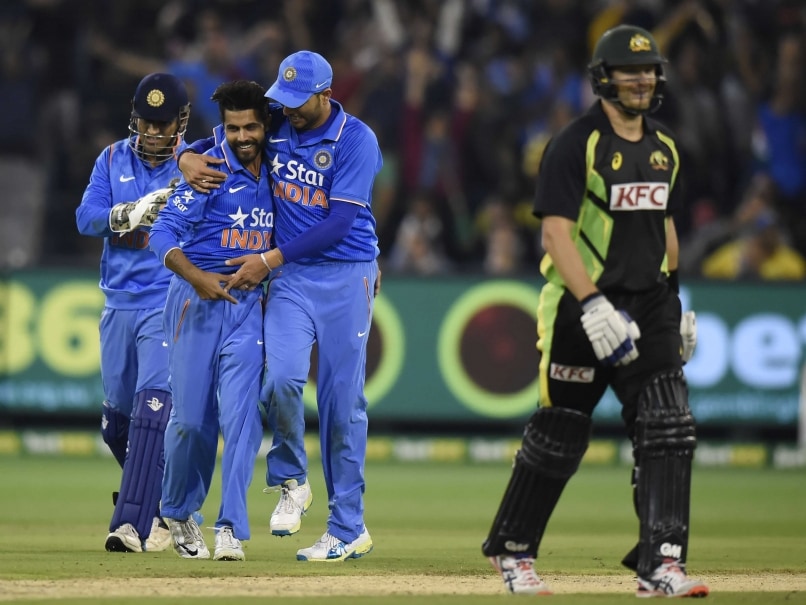 The hosts surrendered the Sydney T20I by 7 wickets, thus losing the series 0-3. "I think, no matter what, they would have always been the favourites," said Watson after Sunday's loss. (India Become World No.1 in T20 Internationals)

"Obviously conditions are different in India and they have so many world class players, especially in the batting and spin-bowling point of view, which is very important in India. I think no matter how things panned out here, they were always going to be favourites. And the way they handled the pressure in the 2011 World Cup as well, they know how to play well at home in big tournaments. There's no surprise with them going in as favourites." (Mahendra Singh Dhoni Credits Bowlers For India's Twenty20 Series Win)

India's batting - a great plus point

Riding on his maiden T20I hundred, Australia scored 197/5, but then the Indian batting came up trumps once again, even in face of a tall score.

"Look, I knew we had a very good score but I was certainly never ever over-confident because I knew how good the Indian batting is. They're world class players taking on our bowlers, who are a bit inexperienced. It's a really good learning curve for them to be able to play against such world class players. I knew all along that it was going to be tight," said Watson.

When asked if the fluffed stumping of Suresh Raina was the turning point, the skipper replied, "It probably worked out that way, but that's the way the game goes, there are so many turning points all around. It was just unfortunate. That was a challenging ball for the keeper as well. Suresh Raina, as I've seen plenty of times whether for India or in IPL, he certainly knows how to bat well and get his team home."

Lot of questions before World Twenty20

The series loss raises a lot of questions about Australia's preparations for the World T20 with less than six weeks to go. Most of their senior players were sent ahead with preparation for the New Zealand tour, with the series still in play, forcing the management to make as many as 11 changes in the last two games.

"I don't think there's a hell of a lot to worry about, and it's more just about solidifying our roles. About who's going to play bowling wise, and who's going to bowl power plays and in the middle overs. I think once they're able to get that right, which no doubt will happen before the South African tour, that'll go a long way in helping us execute our roles. The more some of these guys play against world class players, someone like Andrew Tye, he's only going to get better. He's got great skills. We've got a lot to learn out of the last 3 games, but the important thing is to get the team sorted out," said a defiant Watson.

Comments
Topics mentioned in this article
Shane Watson Australia vs India 2015-16 World T20, 2016 Cricket
Get the latest updates on IPL Auction 2023 and check out  IPL 2023 and Live Cricket Score. Like us on Facebook or follow us on Twitter for more sports updates. You can also download the NDTV Cricket app for Android or iOS.