Pakistan have held back their ICC World Twenty20 squads pending security assurance from the West Bengal and Punjab state governments. Kolkata's Eden Gardens will host the India versus Pakistan derby match on March 19. Union Minister Kiren Rijiju has ruled out any written assurance to Pakistan. 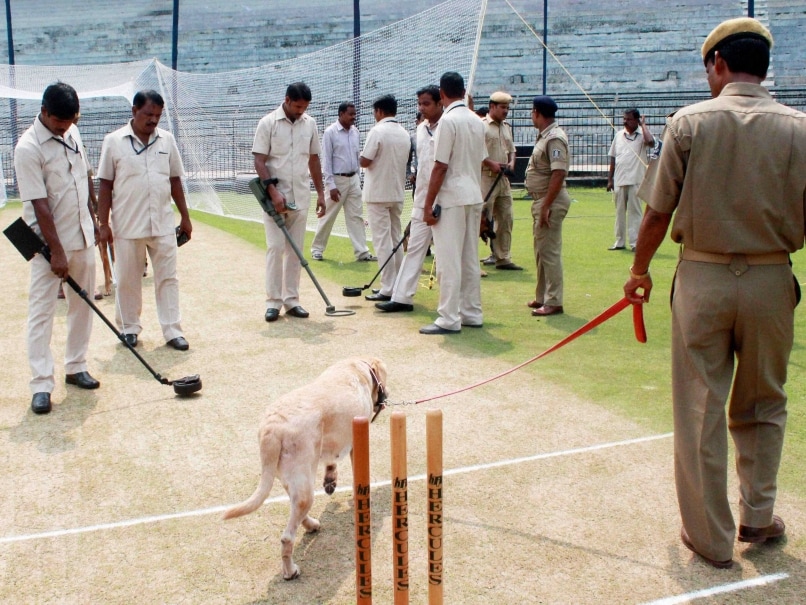 Chief Minister Mamata Banerjee has asked Sourav Ganguly to inform BCCI and ICC that the state will provide security for the India-Pakistan match at World T20.© PTI
Kolkata:

Home Minister Rajnath Singh has assured all teams participating in the ICC World Twenty20 that their security in India was the government's responsibility. The minister was replying to a question whether the Indian government will give any special guarantees to Pakistan on participating in the World Cup. (Sourav Ganguly Says Kolkata Ready to Host India vs Pakistan T20 World Cup Match)

On Thursday, West Bengal chief minister Mamata Banerjee had assured foolproof security to the Pakistan cricket team. Concerned with security arrangements in India, Pakistan had demanded security assurance before letting their teams fly out to India.

On Friday, Kiren Rijiju, the Minister of State for Home Affairs has said that security is in place for all teams but no written assurance will be given to Pakistan.

"We are there to protect all the teams who are participating in the World Cup and it is our obligation and sovereign duty to secure everybody who is in Indian territory. It is our duty to provide security to each team. CISF will be the provided security at the venue," Rijiju said. Later in the day, the Home Minister said, "There was nothing to be alarmed about security in India."

On Wednesday, the ICC moved the marquee clash between India and Pakistan from Dharamsala to Kolkata. The decision came in the wake of a request from the Pakistan Cricket Board that was concerned with security in Dharamsala following protests by former Army personnel.

Reacting to Pakistan's concern on security, the West Bengal chief minister had written to Cricket Association of Bengal president Sourav Ganguly and asked him to inform the BCCI and the ICC that the state government will provide full security to the Pakistan team for the match at Eden Gardens.

When a senior minister of the BJP government, who took great interest in cricket, heard that the Himachal Pradesh chief minister Virbhadra Singh had written to Home Minister Rajnath Singh expressing his inability to host the match, he contacted a senior Trinamool MP to ask if Kolkata was ready to host it. Another venue under consideration was Cuttack.