ICC World Twenty20: In Dharamsala India vs Pakistan Fiasco, Anurag Thakur Gets Taste of Own Medicine

Anurag Thakur seemed to be the most angry man after the India-Pakistan ICC World Twenty20 match was shifted from Dharamsala to Kolkata. But few months back, he was the most the vocal person against a India-Pakistan bilateral series. 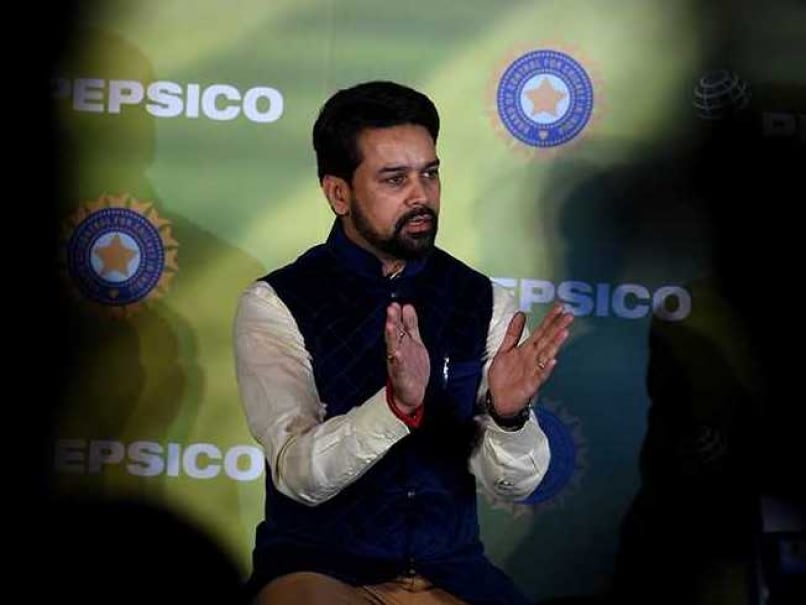 Anurag Thakur has been left with a bitter taste in his mouth, for he has got a dose of his own medicine. Barely three months after the BJP MP and BCCI secretary went on record to say the atmosphere was not conducive for India-Pakistan series owing to soldiers' death at the border, his state Himachal Pradesh was robbed of a marquee ICC World Twenty20 clash between the arch-rivals. (Dharamsala Loses India vs Pakistan ICC World T20 Match to Kolkata)

This time also, the ghosts of the martyred soldiers were called upon, but by Himachal Pradesh's chief minister and Congress veteran Virbhadra Singh, Thakur's arch political rival. And they haunted Thakur the most, who it seems cannot come to terms with the shifting of India-Pakistan match after being the most vocal person about the game being held in Dharamsala. (ICC World Twenty20: Team Afridi Left in The Lurch as Pakistan Shadowbox With India Over Security)

Call it the result of a proxy political war or genuine security issue, the ICC World Twenty20 game was moved to Kolkata on Wednesday, with Thakur being left with no choice but rue in despair. (T20 World Cup: Anurag Thakur Slams Himachal Pradesh Chief Minister for Drama in Dharamsala)

"I think it gives a wrong impression about the country, about the state. Due to one state not delivering why should India get a bad name," Thakur, Himachal Pradesh Cricket Association president, said. (Sourav Ganguly Says Kolkata Ready to Host India vs Pakistan T20 World Cup Match)

"They (Himachal Pradesh government) have left no stone unturned to destroy the image of the state and the country. To give different statements everyday has probably become their habit." (T20 World Cup: As Politics Trumps Cricket, ICC Unlikely to Punish BCCI for Dharamsala Chaos)

What Thakur was miffed about was Virbhadra's statement that security might be an issue for the March 19 World T20 tie, after there were several protests over India-Pakistan match owing to death of two soldiers from Himachal Pradesh -- Sanjeevan Rana and Jagdish Chand -- in the Pathankot attack in January.

"It's up to the BCCI to decide to hold the match (in Dharamsala) or not. But we should respect the sentiments of the families of the martyrs. We have not refused providing security to the match but we won't lathi-charge or use batons on the protestors as they have the right to protest," Virbhadra said.

Though Virbhadra put the ball in BCCI's court, the hints from the senior politician were enough for International Cricket Council to not take any chance and move the match elsewhere.

Turn the clock back to December, and Anurag Thakur can be seen speaking on similar lines in an exclusive chat with NDTV, regarding India-Pakistan bilateral series. (Can't Play Cricket With Pakistan When People Are Dying On Border: BCCI Secretary Anurag Thakur)

"Your people are getting killed at the border, will you play cricket? Of course, I will say no. Any Indian will say no to that. My personal feeling could be different, but as an organisation, what BCCI members have decided I have to honour that, because I'm the secretary of the Board," Thakur said.

"When people ask me on social media about the series, I can't force BJP's agenda or my personal agenda on BCCI. But what BCCI takes a call as an organisation, I've to convey that to the government of India."

Thakur put the ball in BCCI's court then, but ultimately the much-anticipated India-Pakistan series never happened, even at a neutral venue. Thakur came up trumps then, but this time he has been trumped by his own patriotism 'card.'

In all this conundrum, the hallowed Eden Gardens in Kolkata seems to be the real gainer. In 2011 World Cup they were denied an India-England Match, but that has been compensated now with the India-Pakistan ICC World Twenty 20 match.

Comments
Topics mentioned in this article
India Cricket Team Pakistan Cricket Team World T20, 2016 International Cricket Council Himachal Pradesh Cricket Association Stadium, Dharamsala Cricket
Get the latest updates on ICC T20 Worldcup 2022 and CWG 2022 check out the Schedule, Live Score and Medals Tally. Like us on Facebook or follow us on Twitter for more sports updates. You can also download the NDTV Cricket app for Android or iOS.