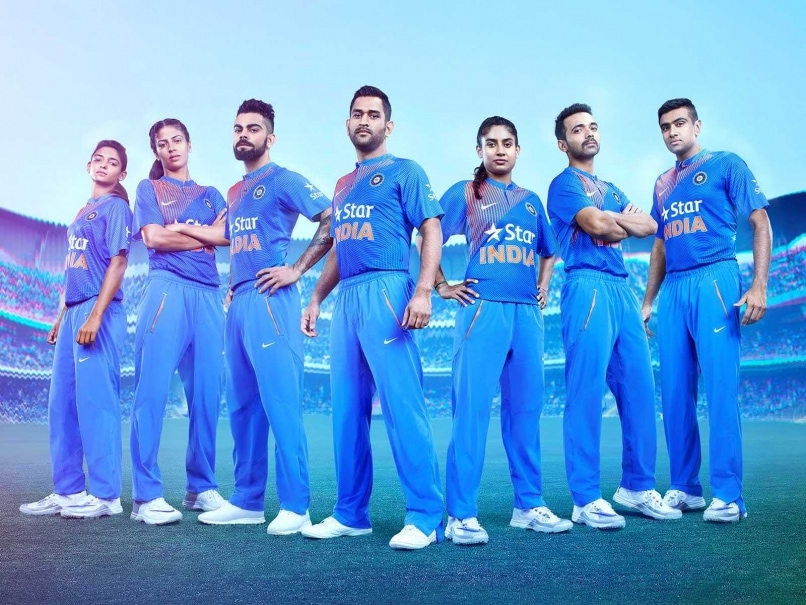 The Indian cricket teams - both men and women -- will take the field in the upcoming ICC World Twenty20 wearing brand new kits unveiled by Nike on Thursday. (India Will be Tough to Beat in World Twenty20, Says Steve Smith)

The design features a new collar which has a clear Asian influence, while four-way stretch pants includes articulated patterning on the knee to withstand aggressive play. (India to Start Favourites at World Twenty20, Says Sehwag)

"Bold with a contemporary stripped motif, the kits express the excitement and responsibility the players feel when representing their country," says Mithali Raj, captain of the women's Indian cricket team.

Ajinkya Rahane has said that donning the signature blue is a proud moment for a player representing the Indian cricket team.

"Wearing the kit and playing for the country is an overwhelming feeling, which is impossible to express in words.

"Whenever I put on the blue, the feeling is altogether different," he said.

Both men and women, will be officially using the jersey from March 15.

Comments
Topics mentioned in this article
India Cricket Team India Women Ajinkya Rahane Mithali Raj World T20, 2016 Cricket
Get the latest updates on ICC T20 Worldcup 2022 and CWG 2022 check out the Schedule, Live Score and Medals Tally. Like us on Facebook or follow us on Twitter for more sports updates. You can also download the NDTV Cricket app for Android or iOS.