Bangladesh, put into bat, scored a fighting 153 for seven thanks to Tamim Iqbal. The Netherlands gave their opponents a run for their money but ultimately experience prevailed and the minnows were restricted to 145 for seven in their 20 overs. 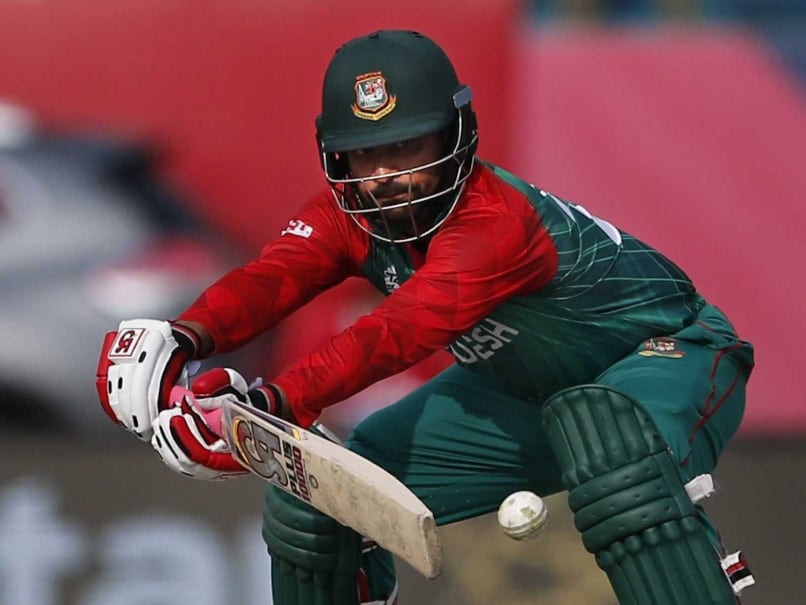 Tamim Iqbal, who missed most of Bangladesh's Asia Cup campaign, smashed 83 not out off 58 balls that included three sixes and six fours.© AP
Dharamsala:

Opener Tamim Iqbal struck an unbeaten 83 to guide Bangladesh past a spirited Netherlands by eight runs in their first group encounter of the ICC World T20 in Dharamsala on Wednesday. (Afghanistan, Zimbabwe Notch Up Gritty Wins In Opening Matches of World T20)

Put into bat, Bangladesh suffered from a lack of partnerships but Tamim, with his fourth T20 half-century, almost single-handedly lifted the score to 153 for seven.

It was a disappointing show of batting from a side which sparkled in the recently concluded Asia Cup, where the hosts ended runners-up after a keenly contested final against India.

Tamin though remained unaffected with the wicket-fall as the left-hander smacked six boundaries and three sixes during his 58-ball stay.

The Dutch batsmen also put up a brave show to give Bangladesh a run for their money but ultimately experience prevailed and the minnows were restricted to 145 for seven in their 20 overs.

In the end, lower-order batsman Mudassar Bukhari provided a scare with his five-ball 14 but his runout spelt the end for the Netherlands, who are making their third appearance in the tournament.

Mashrafe Morataza-led Bangladesh are favourites to top their group and move into the Super 10 stage of the 16-team event.

Ireland will take on Oman in the second Group A fixture of the day.

Comments
Topics mentioned in this article
Bangladesh Cricket Team Netherlands Tamim Iqbal Shakib Al Hasan World T20, 2016 Cricket
Get the latest updates on ICC T20 Worldcup 2022 and CWG 2022 check out the Schedule, Live Score and Medals Tally. Like us on Facebook or follow us on Twitter for more sports updates. You can also download the NDTV Cricket app for Android or iOS.