Since overcoming the odds to compete in the ICC T20 World Cup in 2010 in England, the Afghan team has managed to qualify for all the major international tournaments, including last year's 50-over World Cup. 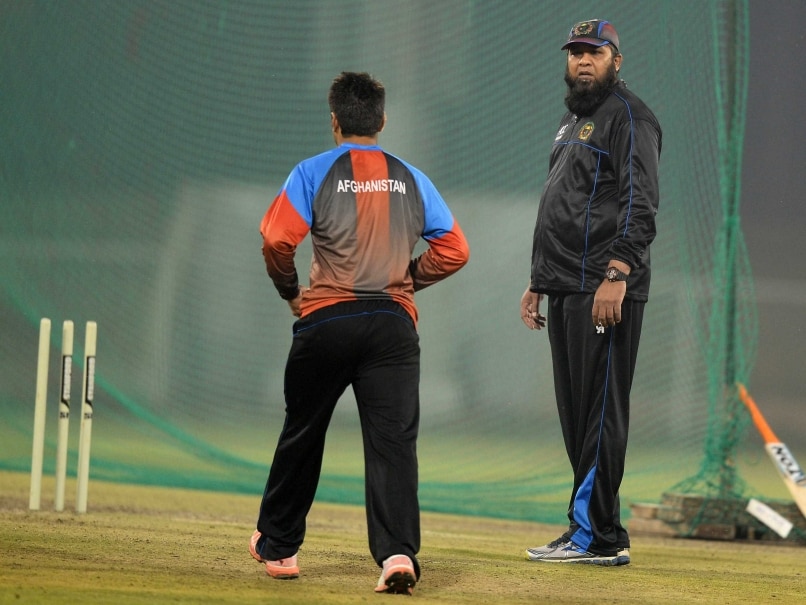 Since overcoming the odds to compete in the 2010 World T20 in England, the Afghan team has managed to qualify for all the major international tournaments, including last year's 50-over World Cup. (ICC T20 World Cup 2016: Five Players to Watch Out For)

But this time round, the one-time nomads -- many of whom were born or brought up in exile -- will be playing on what is now officially home turf after they made a suburb of New Delhi their headquarters. (T20 World Cup -- Past Champions)

And with tens of thousands of Afghan expats living in the Indian capital, Asghar Stanikzai's side can expect to be cheered on by a sizeable contingent of supporters in the game's heartland.

"I have been with the team for the past 15 years and I am very satisfied with the side's progress... It's a brilliant achievement in a very short span of time," veteran batsman Mohammad Nabi told AFP during a recent nets session in Noida, a satellite city of New Delhi.

"We have seen difficult times back home, where there are no proper cricket grounds and academies. But now we are at the big stage," added Nabi, who is back in the ranks after a three-year spell as captain. (T20 World Cup 2016: Match Schedule, Groups and Prize Money)

Although he was born in the eastern Afghan province of Logar, Nabi moved to Peshawar in Pakistan as a youngster when his family sought shelter from the civil war that wracked their homeland.

Cricket struggled to get a foothold in Afghanistan under the Taliban, the hardline Islamist regime which was toppled in a US-led invasion in 2001.

But the millions of Afghan refugees who fled across the border into Pakistan found themselves in a cricketing crazy nation and many youngsters soon caught the bug themselves.

Many grew up idolising Pakistan batsman Inzamam-ul-Haq who agreed last October to become Afghanistan's new coach with a brief to make sure the team make the second phase of a major tournament for the first time.

If they are to take on the established international teams in the second week of the tournament, Afghanistan must top a group that includes Test nation Zimbabwe, Hong Kong and Scotland. The Scots will be their first opponents in Nagpur on Tuesday evening.

Inzamam, one of the finest batsmen of his generation, says his charges don't lack for talent but need greater exposure to take the next step up.

"I obviously share my experience with them, but they will only learn when put in such situations," Inzamam told AFP.

"If you want to learn swimming then you will have to jump in the water, no matter how many lessons you get on the ground.

"They are ready for international cricket and now they just need exposure."

Much of the team's hope rests on the shoulders of Mohammad Shahzad, the wicketkeeper-batsman who bludgeoned an unbeaten 118 off just 67 balls during a T20 international against Zimbabwe in January.

Shahzad, who was born in the eastern Afghan city of Jalalabad, oozes with confidence as he practises the 'helicopter', the trademark shot of his idol, Indian skipper Mahendra Singh Dhoni.

"The troubles back home are not really on our minds when we take the field," Shahzad told AFP.

"We are not here just to participate in the tournament, we have come here to do something."

As part of a deal with the Indian cricket board, Afghanistan is now based at Noida stadium where a group of fans could be seen seeking autographs.

"It's wonderful, it's a treat for us and a dream come true," said Habib Rahman as he watched the team go through the paces.

"We will definitely go watch our team's games. In Delhi or wherever they play, we will go," said Badshah Khan, another expat living in Delhi.

Batsman Nabi says the establishment of a permanent base has been a boon, allowing the side to concentrate on the task at hand rather than worry about events back home.

"It's a good facility here and we faced some good cricketers here," Nabi said.

"There are difficult times back home, but we tend to focus on our cricket."

Comments
Topics mentioned in this article
World T20, 2016 Afghanistan Inzamam-ul-Haq Cricket
Get the latest updates on ICC T20 Worldcup 2022 and CWG 2022 check out the Schedule, Live Score and Medals Tally. Like us on Facebook or follow us on Twitter for more sports updates. You can also download the NDTV Cricket app for Android or iOS.