Post Harsha Bhogle's sacking, the internet was flooded with tweets in support of the commentator. From cricket lovers to Bollywood celebrities, people talked of how much they will miss hearing his views on air, and wanting to know the real reason behind his termination. 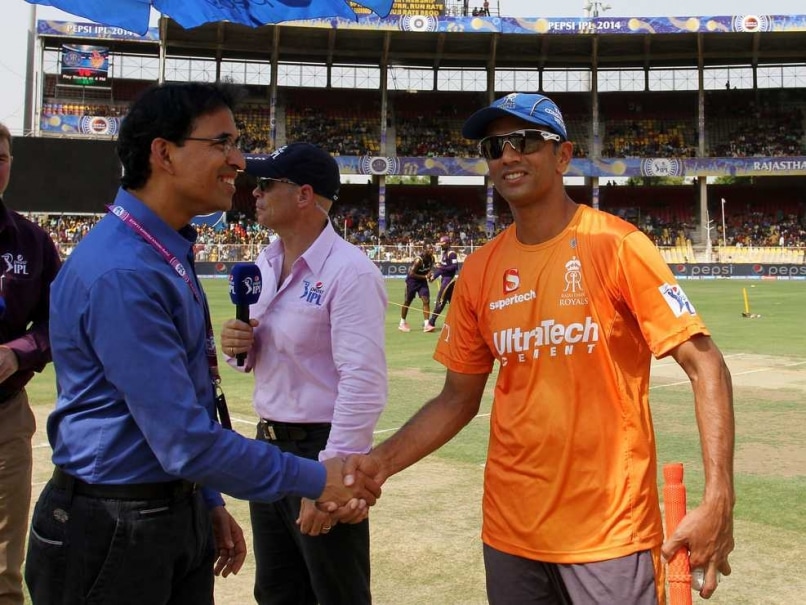 Harsha Bhogle's commentary contract was terminated just before the start of the Indian Premier League.© BCCI

"I still don't know why I am not doing the IPL. I haven't been told. I can accept the fact that people don't like me. But I genuinely hope it isn't because cricketers have complained about what I have to say" - this is what Harsha Bhogle posted on Facebook today.

Just two days into season 9 of the IPL, there are new teams, new players, but the biggest talking point happens to be his voice that is missing from the commentary box. Harsha Bhogle was unceremoniously sacked by the broadcaster despite being on the IPL roster, allegedly on the insistence of the BCCI.

On Saturday, soon after this news surfaced, the internet was flooded with tweets in support of Bhogle, who is 54. From cricket lovers to Bollywood celebrities, people talked of how much they will miss hearing his views on air, and wanting to know the real reason behind his sacking.

There are multiple stories doing the rounds as to why the well-known commentator was dropped. On Facebook on March 24, he has addressed a controversy over whether Amitabh Bachan was alluding to him when he tweeted that Indian (unnamed) commentators should focus more on the Men In Blue than other players. "The assumption among some people was that he (Bachchan) was referring to me and while I don't know if that is true, it did strike me that there seems to be a slight misconception about the role of a commentator in a telecast," he posted.

He has also spoken to the Indian Express about the complications caused by arragements at the opening game of the T20 World Cup match where commentators had to keep rushing back and forth between the Hindi and English enclosures. "Working on a tight deadline, because of running around, I was at times panting as I went on air. This was because of that shut door," said Bhogle to the Express.

NDTV's attempts to get an on the record comment from the BCCI bore no fruit.

But what's really interesting is that Harsha isn't the first commentator to get BCCI's boot. Here are a few examples, from the recent past, which point towards a dangerous trend emerging in Indian cricket, where the Board seems to be deciding what a commentator must and musn't say on air. In 2012, Arun Lal was dropped from the Indian commentary panel for allegedly doing commentary in the Bangladesh Premier League, a direct competition for the IPL. In 2013, Sanjay Manjrekar was dropped as commentator for the India-Australia series despite having a contract with the official broadcaster for allegedly criticising BCCI president N Srinivasan and IPL CEO Sundar Raman during a webcast. The same year, Kiwi Danny Morrison and South African HD Ackerman were sacked from IPL commentary after they introduced Virat Kohli as India's captain-in-waiting at a time when questions were being raised about MS Dhoni's leaderships. Three years ago, renowned Australian commentator Ian Chappell refused to do commentary for the India-Australia series after his contract didn't allow him to talk about team selection, DRS or administrative matters.

The muzzling of commentators by the body that runs the sport has lead to a dangerous trend emerging, one which has no place for objectivity in cricket commentary. Take IPL season 6 for example, when the entire cricketing world was rocked by the spot fixing scandal, the IPL commentary and studio team didn't mention the 'F' word once during the entire duration of the tournament, let alone have a discussion on the most pressing issue in world cricket at that moment. Harsha himself has been guilty of turning a blind eye on controversial yet important issues in Indian cricket. His interview during last year's world cup with N Srinivasan, the boss of ICC at the time, was the perfect example of commentators adopting the head in the sand approach: where not a single question was asked about Srinivasan's removal as the BCCI chief on charges of conflict of interest or the Big-3 taking over the ICC under his leadership.

Comments
Topics mentioned in this article
IPL 9 World T20, 2016 India Cricket Team BCCI Cricket
Get the latest updates on Fifa Worldcup 2022 and check out  Fifa World Cup Schedule, Stats and Live Cricket Score. Like us on Facebook or follow us on Twitter for more sports updates. You can also download the NDTV Cricket app for Android or iOS.