Chris Gayle was in flamboyant mood after smashing the fastest century in T20 World Cup history against England in Mumbai on Wednesday. He and Dwayne Bravo partied hard with actress Sneha Ullal 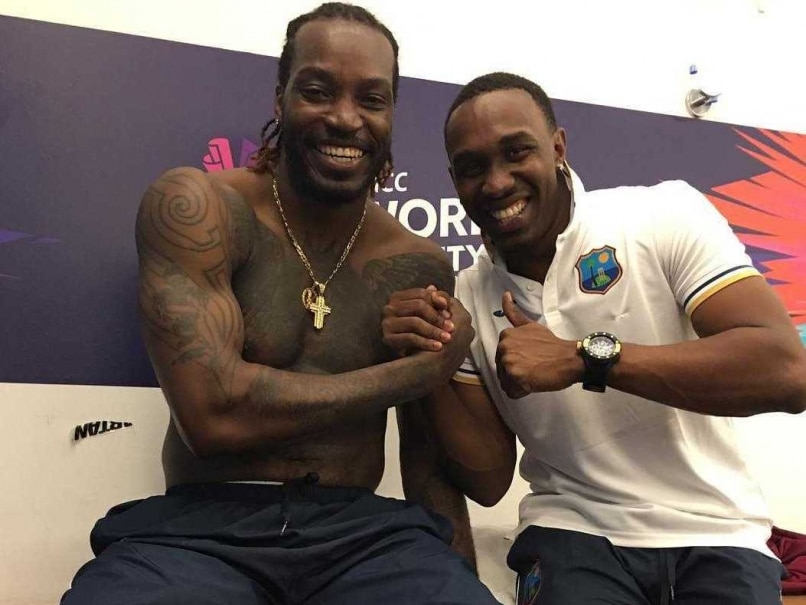 The quintessential Jamaican, for whom 'entertainment, entertainment and entertainment' is the motto of his life, Chris Gayle got Mumbai dancing to his tune on Wednesday night. West Indies rode Gayle's monster 47-ball century to ransack England by six wickets in their T20 World Cup opener at Wankhede. (World T20: Chris Gayle Wants to 'Entertain' Bangalore After Monster Ton in Mumbai)

Skipper Darren Sammy called him the "big boss" of world cricket and true to his reputation, Gayle lived up to it by bludgeoning sixes at will. He barely smiled during his 48-ball innings but once Andre Russell hit the winning runs in the 19th over, Gayle was in celebratory mood and partied into the wee hours of Thursday, with actress Sneha Ullal. (World T20: Chris Gayle's Unbeaten Century Blows Away England)

Former England batsman Nick Knight caught Gayle for a pitch-side flash interview. The burly opener thanked his 'drinking partner' for pumping him up for a big knock that could have only saved West Indies after England scored an imposing 182 on a batting deck. (World T20: Chris Gayle's Form Not a Good Sign For Rivals, Says Sunil Gavaskar)

"I was pumped today. Before I went out, Sulieman Benn said 'entertain me'. The guys who play the IPL know it's a good wicket (at Wankhede Stadium) so we knew we always had a chance to chase it down. Hopefully, we can move onto Sri Lanka now. Bangalore, my home town. Hopefully I can entertain again," said Gayle.

Gayle is also the king of celebrations. His dance moves made headlines after he did the famous Gangnam when West Indies won the ICC T20 World Cup in 2012. Wednesday night, he did a new step - throwing his muscular arms front and back. The bench reciprocated. Gayle said: "The celebration was all about DJ Bravo and his new song - 'Champion'."

The 36-year-old Gayle is a T20 freelancer. He made news for the wrong reason during the Big bash League. Playing for Melbourne Renegades, his controversial TV interview with Channel 10 journalist Mel McLaughlin was called inappropriate. Gayle was fined and even threatened with a ban.

Typical of his nonchalant nature, Gayle took aim of his critics and blasted them on social media. He signed off with a record 12-ball fifty that equalled the all-time fastest T20 fifty by Yuvraj Singh in 2007. 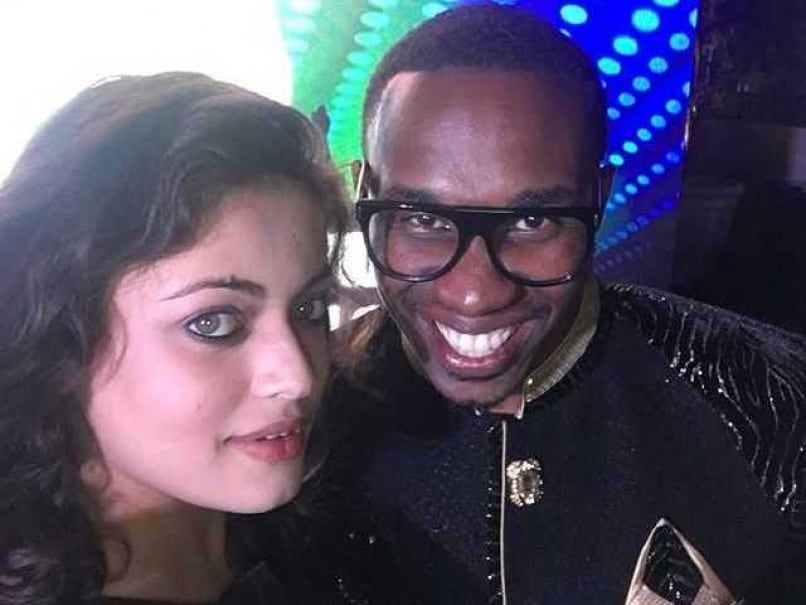 "Ppl think I may have played my last innings in Aus but my memory with the fans will live on forever!!" Gayle wrote. "I build leagues around the world and Big Bash is one of them ... 'Give the ppl what they want'."

It's hard to overlook the fun-loving and carefree Gayle. West Indies could not. The Board had problems with players on several issues, but you can never think of a Caribbean limited overs team sans Gayle. The Big Bash could lose a significant amount of glamour and charm if they keep Gayle away. So what if he made a sexist remark. Gayle never said he was a saint.

Comments
Topics mentioned in this article
Chris Gayle Dwayne Bravo World T20, 2016 Cricket
Get the latest updates on Olympics 2020, Olympics 2020 Medal Tally, Live Cricket Score . Like us on Facebook or follow us on Twitter for more sports updates. You can also download the NDTV Cricket app for Android or iOS.