Dharamsala became a no-go for Pakistan due to security reasons. The International Cricket Council had to move the World T20 match against India on March 19 to a safer location. Kolkata was the best option due to logistical reasons. Pakistan won't play in Mumbai too. 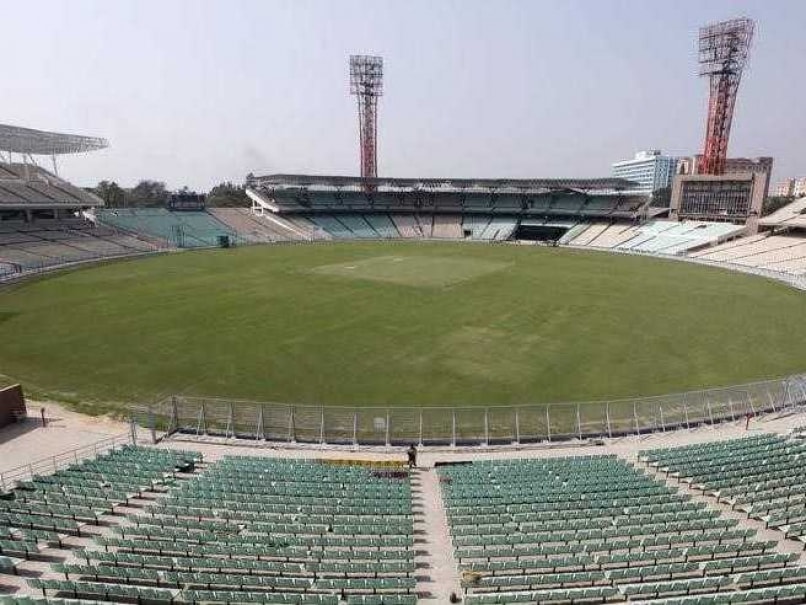 Pakistan open their World T20 campaign on March 14 against a qualifier in Kolkata.© Reuters
New Delhi:

ICC CEO Dave Richardson told reporters in Delhi on Wednesday: "We have taken the decision after consulting with our security officers. We are responsible for the security of teams. Their safety is of prime concern."

Should Pakistan qualify for the semifinals -- they are in Group 2 with India, Australia, New Zealand and a qualifier -- they will not play in Mumbai, which is scheduled to host the second semifinal.

Richardson said there are security concerns over Mumbai after Shiv Sena had thwarted a meeting between Board officials of India and Pakistan last year. Shiv Sena were opposing a bilateral series between India and Pakistan due to strained political relationship between the neighbours.

"This was the first time in the history of the T20 World Cup that a venue had to be changed due to security reasons. Fans can either get a full refund or transfer their ticket for the Kolkata match," said Richardson.

"It is unfortunate that the local government raised concerns late," said Richardson, adding that "ICC has not thought of any punishment (for BCCI)."

As per the ICC itinerary, Pakistani are slated to camp in Kolkata where they will play two warm-up games (against Bengal, March 12 and Sri Lanka, March 14).

Pakistan open their T20 World Cup campaign on March 14 against a qualifier in Kolkata. Their next match against India was scheduled in Dharamsala five days later. They then face New Zealand on March 22 and Australia on March 25, with both of those matches in Mohali.

Earlier on Wednesday, Pakistan delayed their departure to India while they awaited a go-ahead from the government, which had concerns about the team's security.

The Pakistan Cricket Board sent a delegation of officials to check security at the venues in India earlier this week, with the Dharamsala venue of particular concern. The delegation felt that security in Dharamsala was "unsatisfactory".

Pakistan are expecting an assurance against specific threats to their from various political parties and groups. Pending this assurance and in accordance with the recommendation by the security delegation, the PCB has decided to defer the departure of Pakistan men and women's teams to India.

In Himachal Pradesh, former servicemen have been protesting against the India versus Pakistan T20 World Cup match, alleging that it hurts the sentiments of the families of soldiers of the state killed in battle against Pakistan or in operations against terrorists from Pakistan-based terror groups.

The state's chief minister Virbhadra Singh of the Congress said he could not ensure adequate security for the match. The ICC and BCCI failed to find a solution forcing the PCB to abandon Dharamsala as a venue.

BCCI blamed the Himachal Pradesh state government for the change in venue.

"We left no stone unturned but the Himachal Pradesh state government response was negative," said said BCCI secretary Anurag Thakur, who is also a BJP MP.


Comments
Topics mentioned in this article
India Cricket Team Pakistan Cricket Team Himachal Pradesh Cricket Association Stadium, Dharamsala Eden Gardens M.Chinnaswamy Stadium, Bengaluru World T20, 2016 Cricket
Get the latest updates on ICC T20 Worldcup 2022 and CWG 2022 check out the Schedule, Live Score and Medals Tally. Like us on Facebook or follow us on Twitter for more sports updates. You can also download the NDTV Cricket app for Android or iOS.