Darren Sammy insisted that West Indies team has put the contract row behind them, and the team is focussed on winning the World Twenty20 title 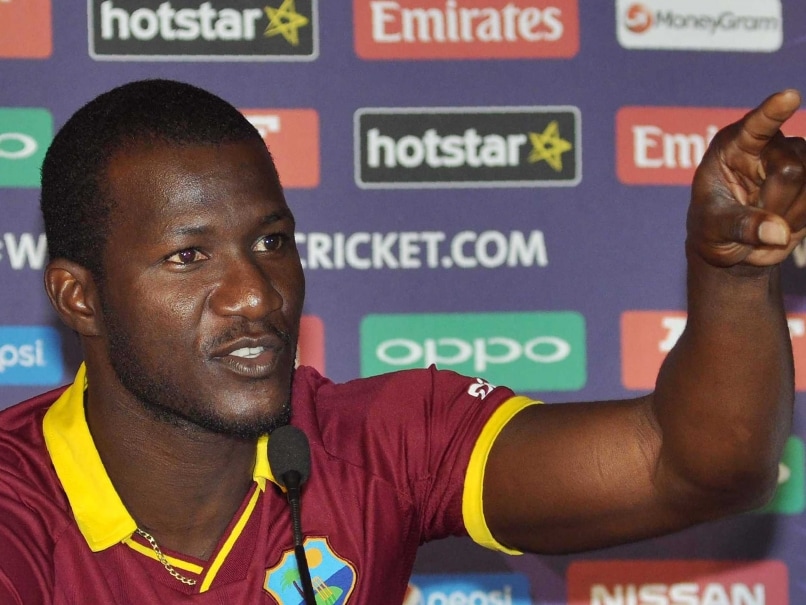 West Indies captain Darren Sammy feels the players have the experience of playing Twenty20 cricket around the world, so it's won't be difficult to adjust.© AFP
Kolkata:

Having managed to field a strong side in the last minute amid a contract row with the West Indies Cricket Board, captain Darren Sammy said their aim is to bring back the World Twenty20 title to restore the faith among the Caribbean fans. (Difficult to Replace Kieron Pollard, Sunil Narine: Darren Sammy)

"As of now we are in the World Twenty20 and that's what our focus is on. It's just cricket. At the end we are professionals, but this event means a lot to us as a group. The next World Twenty20 is in 2020 and a few of our guys won't be part of that event so this one is very important for us," Sammy said.

"Everyone's focus is on winning. A win here will mean a lot to us and people at home, especially in the current situation of our cricket. It's not just about the men team but the women team as well.

"The message is cricket. Once you step out on the cricket field you should not be worried about contracts and other stuff. It's about making your country proud," the skipper of the 2012 World T20 champion side in Sri Lanka told reporters here.

Presently ranked world no 2 in Twenty20 rankings, West Indies cricket was in serious crisis involving players' contracts in the run up to the upcoming event and a second string side was expected to be named had the row been not resolved at the last minute.

Finally 12 of 13 players -- excluding Darren Bravo -- agreed to the financial terms, a sharp drop in pay compared to previous tournaments.

"You would like everything to be smooth-sailing but that's not the case for us so we are just going to do what we can on the field," Sammy said.

"Ideally we want to play international cricket. But when I look in my dressing room I see the likes of (Chris) Gayle, (Andre) Russell, (Samuel) Badree, (Marlon) Samuels...all these guys are experienced players.

"It's one format of the game we as a team is really confident. When I see all this quality in this dressing room my job becomes very easy as a captain. Our guys play Twenty20 cricket around the world, so it's not difficult to adjust."

The West Indies colts have showed the way recently by winning the Under-19 World Cup in Bangladesh and Sammy said they would look to emulate the youngsters as cricket can serve as a glue to unify the various island nations.

"Cricket is the glue that unifies Caribbean so whichever team does well it's always a massive plus for the people in the region. Once your country win a major event, it elevates the country and the region. U-19 team has been a motivation for us. We want to emulate as a senior team. The only way to emulate is to lift the (World Twenty20) trophy on April 3," he asserted.

Sammy said the Caribbean cricketers are doing their best and following in the footsteps of their former heroes, who dominated world cricket in the 1970s and mid 80s.

"We dominated the world for 17 good years. We had some great players. Right now we are doing that in Twenty20 cricket. We have 15 potential match winners. We have a fairly balanced side.

"The good thing for us is that we have so many guys in our team who are familiar with the conditions. The conditions are no stranger to us. We have been playing against India quite often.

"Many of our cricketers are playing in the IPL. It's about adjusting quickly, the sooner you get accustomed, the better it will be for you in the long run. We have our plan, and once we get there and execute them we will pose some difficulty to the opposition," the West Indies skipper said.

Comments
Topics mentioned in this article
West Indies Cricket Team Darren Sammy World T20, 2016 Cricket
Get the latest updates on ICC T20 Worldcup 2022 and CWG 2022 check out the Schedule, Live Score and Medals Tally. Like us on Facebook or follow us on Twitter for more sports updates. You can also download the NDTV Cricket app for Android or iOS.