Mahendra Singh Dhoni has several options in both bowling and batting departments, which has added to his success as India captain, according to VVS Laxman 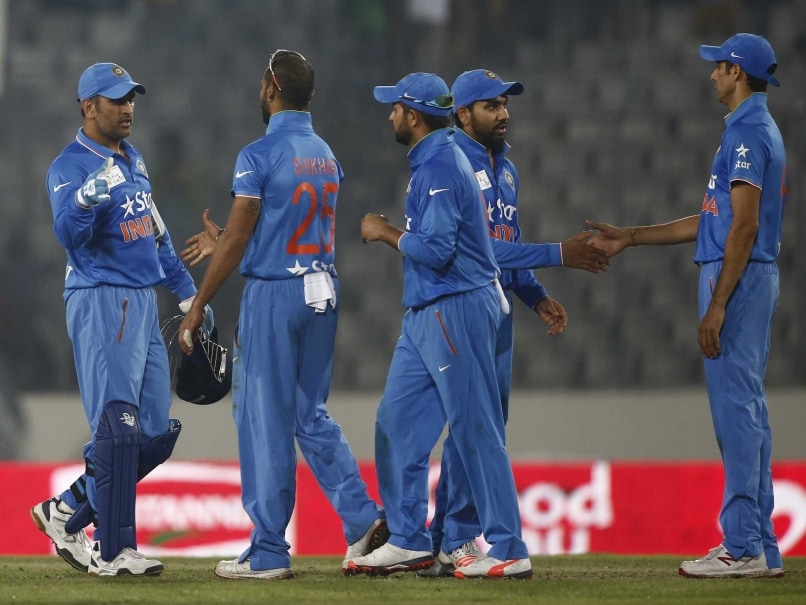 Former India player VVS Laxman says India's recent success shows a captain is as good as his team and the presence of other finishers in the side has made lifer easier for Mahendra Singh Dhoni. (India to Enter ICC T20 World Cup 2016 as No. 1 Ranked Side)

Laxman, while praising Dhoni a day after he led India to the Asia Cup title, said the India skipper has lot more options, be it in batting or bowling, than what he had in 2015. (Virat Kohli, Not Mahendra Singh Dhoni, is India's Best Finisher: Gautam Gambhir)

"What I like about Dhoni is that he is very equanimous. He never changes on a cricket field. For me, his worst time came in 2011 when the team lost badly in England and Australia and then he remained calm and composed. The team is doing well now under his leadership and that also show that the captain is as good as his team," said Laxman.

Further making his point, Laxman said: "In batting he has realised that there are other finishers in the team and he is not the only one. That should help his batting going forward. In bowling, he has so much more options than last year with the return of Ashish Nehra and emergence of Jasprit Bumrah. Then you have all-rounders like Yuvraj, Pandya and Raina. That gives him many more options."

Laxman added that the other teams in Asia have a lot of catching up to do with India. Sharing the dais with Laxman, Pakistan great Inzamam ul Haq agreed with his former India rival but not before saying that Pakistan is very much capable of making a turnaround in the World T20 starting in India on March 8.

"It only takes one good match for a turnaround. Pakistan is not as good as India at the moment but they can surely bounce back," said Inzamam.

The batting great further said that what is hurting Pakistan most is lack of international cricket in Pakistan.

"Not many people followed the team when it was playing against Australia and England in UAE. But last year when Zimbabwe came to Pakistan to play three games, everyone took notice of it. Our younger players are not able to see international stars in action, it is discouraging a lot of them. Now Pakistan Super League has started but it will take 3-4 years before it benefits Pakistan cricket," he said.

Inzamam also quipped that kids in Pakistan still idolise the likes of Wasim Akram and Waqar Younis, and not many want to become a batsman.

"We are still surviving with raw talent but that doesn't mean that we should not try to improve our system. The youngsters still want to be like Wasim, Waqar, Shoaib or Imran. Not many want to be like me," he said drawing laughter from the audience.

West Indies all-arounder Dwayne Bravo, who also spoke at the event, said he will miss playing for the now suspended Chennai Super Kings in the IPL.

"I have never seen Dhoni dancing to be honest. Jadeja (Ravindra), Suresh (Raina) are good dancers. Dhoni likes to play video games in the hotel room after the game," said Bravo.

Comments
Topics mentioned in this article
India Cricket Team MS Dhoni World T20, 2016 Cricket
Get the latest updates on ICC T20 Worldcup 2022 and CWG 2022 check out the Schedule, Live Score and Medals Tally. Like us on Facebook or follow us on Twitter for more sports updates. You can also download the NDTV Cricket app for Android or iOS.