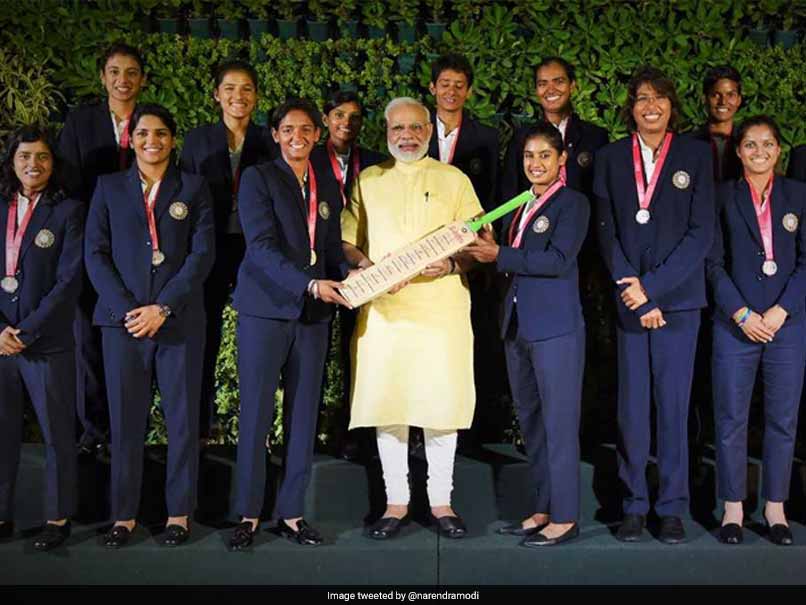 The Indian team led by Mithali Raj lost to England in the World Cup final at Lord's by nine runs.© Twitter

New Delhi: Prime Minister Narendra Modi on Sunday praised the Indian women's cricket team, saying it had captivated the country despite losing the World Cup final. "Banish the thought from your mind that you were unsuccessful. Whether you won the match or not, you definitely won over the nation," Modi said in his "Mann ki Baat" radio address, recalling what he told the players when he met them after the World Cup.

The Indian team led by Mithali Raj lost to England in the World Cup final at Lord's by nine runs.

Modi said he found the players upset over their defeat in the final match.

"I could see the tension on their faces. I said, 'Look, this is the age of the media. So expectations get hyped up to such an extent that if corresponding success is not achieved, these turn into despair and even resentment'," Modi said.

"Some people cross all limits of decency and say and write things that inflict pain and hurt. But it happened for the first time that when our daughters did not succeed in winning the World Cup, the 125 crore people took this defeat on their own shoulders, never letting the burden weigh down these daughters," he added.

Comments
Topics mentioned in this article
India Women Mithali Raj Jhulan Goswami Harmanpreet Kaur Smriti Mandhana ICC Women's World Cup Cricket
Get the latest updates on ICC Women's Cricket World Cup 2022 and IPL 2022, check out the Schedule , Live Score and IPL Points Table. Like us on Facebook or follow us on Twitter for more sports updates. You can also download the NDTV Cricket app for Android or iOS.