The India women's team will play hosts England in the final of the ICC Women's World Cup at Lord's on Sunday. 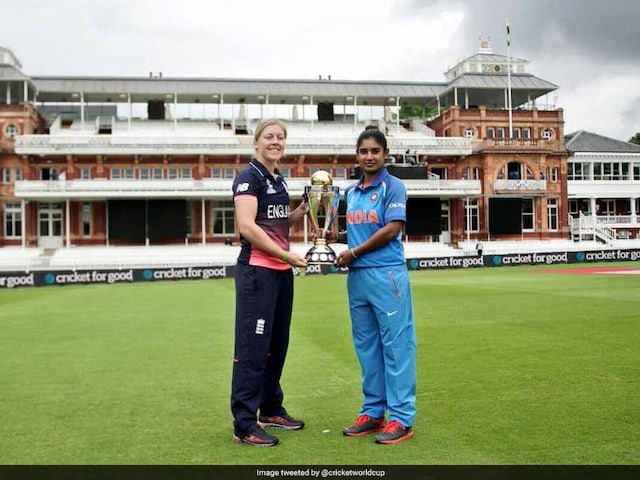 This will be India's second World Cup final.© Twitter

India are just a win away from lifting their maiden ICC Women's World Cup title. With good luck wishes pouring in from all over the world for the Indian women's cricket team ahead of their title clash against England at Lord's on Sunday, former India opener Virender Sehwag, too, wished the Women In Blue. However, he did it in his own style on social media. Sehwag took to micro-blogging site Twitter and uploaded a video message for the team and captioned it: "Our girls always make us proud. Wishing them the best for tomorrow's finals. Chak De India !".

On a high after a magnificent semi-final win over six-time champions Australia, India are all set to script history on Sunday. This will be India's second World Cup final, having reached the summit clash in 2005 where they lost to Australia at Centurion.

The India team's run at the World Cup has been terrific so far. After beating England by 35 runs in the opener, they went on to hammer Pakistan, New Zealand and South Africa in the group stages.

On the other hand, England have lost just once in the tournament so far, and that too against India in the opening game of the quadrennial event.

England also hold a numerical advantage of having beaten India six out of the 10 times they've met in World Cups. But considering India's recent run in the tournament, especially knocking out Australia, it has made them the team to watch out for.

Overall, the two countries have played 62 ODIs against each other. India have won 26, England have emerged victorious 34 times while two matches resulted in no result.