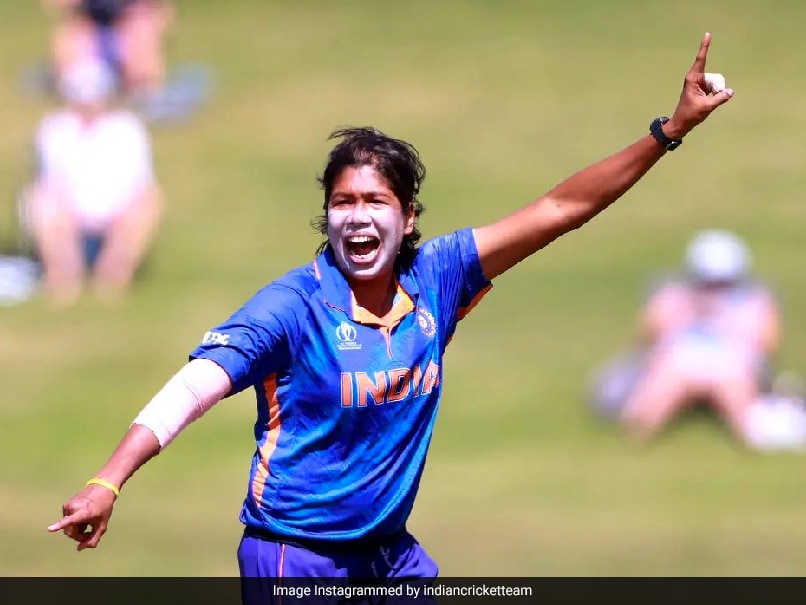 The veteran India pacer Jhulan Goswami achieved yet another milestone as she becomes the second women cricketer to play 200 ODIs on Saturday against Australia in the ongoing ICC women's ODI World Cup 2022. Prior to her, India's Mithali Raj holds the record of playing the highest number of ODIs in women's cricket. She has played 230 ODIs so far. Mithali is leading Team India in the current World Cup. At number three is former England cricketer Carlot Edwards, who played 191 ODIs.

"It has been an honour to play for India."

Jhulan Goswami became the second woman to play 200 ODIs, receiving her cap from Mithali Raj, who was the first to the milestone

Earlier the 39-year-old became the first player to take 250 wickets in women's ODIs. Goswami had become the highest wicket-taker in the Women's World Cup by dismissing Anisa Mohammed in the 36th over of the innings with West Indies chasing a mammoth target of 318 set by India.

Goswami surpassed the tally of 39 wickets taken by Lynette Ann Fullston of Australia from 1982 to 1988. The 39-year-old bagged the 40th wicket against West Indies in the ongoing World Cup 2022 at Hamilton.

In an illustrious career spanning two decades, Goswami has taken part in the five Women's Cricket World Cups since her debut in 2005.

Eden Park, Auckland ICC Women's World Cup 2022 Mithali Raj
Get the latest updates on ICC T20 Worldcup 2022 and CWG 2022 check out the Schedule, Live Score and Medals Tally. Like us on Facebook or follow us on Twitter for more sports updates. You can also download the NDTV Cricket app for Android or iOS.