T20 World Cup Qualifier 2019: The Netherlands sealed the title with a seven-wicket over Papua New Guinea in Dubai. 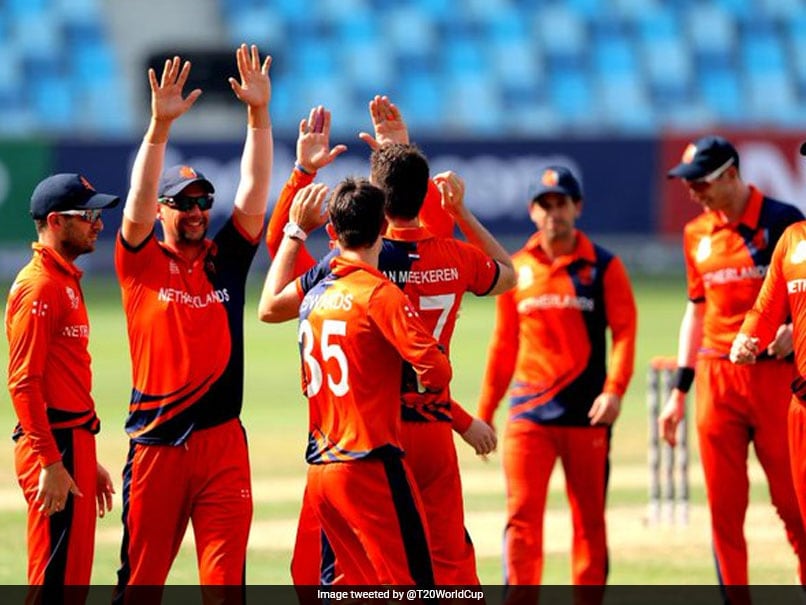 The Netherlands clinched the ICC Men's T20 World Cup Qualifier 2019 title after beating Papua New Guinea by seven wickets in the final on Saturday night. Ben Cooper and Brandon Glover starred with the bat and ball, respectively, for the Dutch at the Dubai International Cricket Stadium. Man of the match Brandon Glover took three wickets for 24 as Papua New Guinea were restricted to 128 for eight in their allotted 20 overs. In reply, Ben Cooper top-scored for the Netherlands with a 33-ball 41 while Ryan ten Doeschate scored a crucial 34 not out off 23 balls to take the Dutch home seven wickets in hands and an over to spare.

Both the Netherlands and Papua New Guinea had already qualified for next year's T20 World Cup in Australia along with Oman, Scotland, Namibia and Ireland.

"I'm very pleased and very proud of this team. Before we came here we struggled a little bit in Oman and there were a lot of it words said about it but I think we've come here and produced some very good cricket," Netherlands captain Pieter Seelaar said in an ICC media release.

"The last two times we shared the trophy with Ireland and Scotland and I think deservedly now we're holding the trophy by ourselves."

"The way [Colin] Ackermann and [Ryan] ten Doeschate played, they showed us to bat and it's something we can learn from."

"Our batting wasn't up to scratch at this level in the final few games and we've got to do a lot to work to get it where we want to be."

Earlier in the day, Ireland claimed third place with a 27-run win over Namibia, as their bowlers defended a modest total brilliantly.

In the final standings of the 14-team tournament, Scotland were in fifth place while Oman claimed the final ICC Men's T20 World Cup 2020 qualification spot in sixth place.

As a result of the final tournament standings, the first round groupings for the ICC Men's T20 World Cup 2020 are now confirmed with PNG, Ireland and Oman in Group A with Sri Lanka. Group B will see the Netherlands, Namibia and Scotland join Bangladesh.

Ryan ten Doeschate Cricket ICC T20 World Cup 2021
Get the latest updates on ICC T20 Worldcup 2022 and CWG 2022 check out the Schedule, Live Score and Medals Tally. Like us on Facebook or follow us on Twitter for more sports updates. You can also download the NDTV Cricket app for Android or iOS.