Papua New Guinea will make their first ever appearance at a World Cup after beating Kenya in Dubai on Sunday to book their place at next year's T20 World Cup. 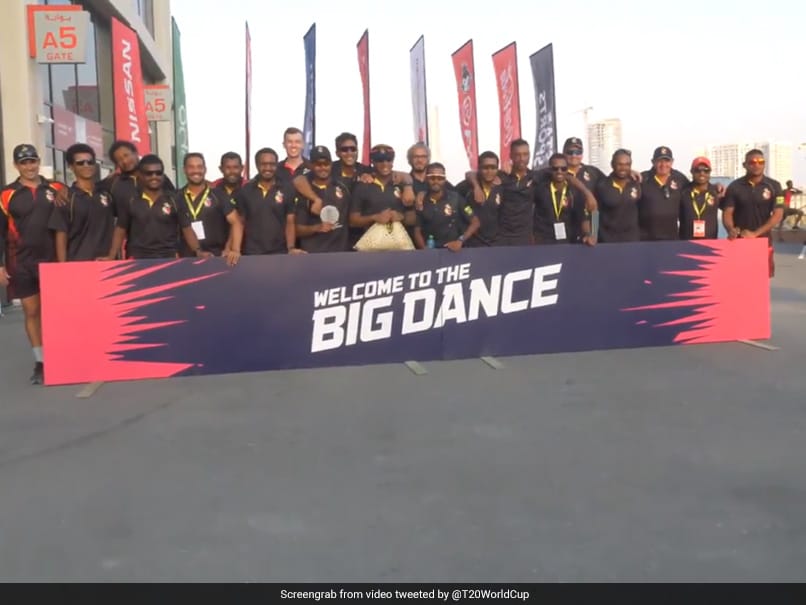 Papua New Guinea will make their first ever appearance at a World Cup after beating Kenya in Dubai on Sunday to book their place at next year's T20 World Cup. PNG hammered Kenya by 45 runs at Dubai International Stadium but had to wait for the result of the Netherlands' game against Scotland before they could celebrate their automatic qualification for the tournament in Australia next year. The Dutch beat Scotland by four wickets but failed to knock off the 131 they needed for victory in 12.3 overs which meant that PNG topped the group with a higher net run rate.

"It's been a pretty big two years, for them to achieve this is pretty special."

The former Queensland fast bowler said planning for the World Cup in Australia next year could wait.

"We'll start thinking about that tomorrow. We are just going to enjoy the moment. For them to achieve this is a great thing for us and for the nation."

PNG were facing disaster as they slipped to 19/6 in four overs but Norman Vanua led the recovery, clubbing 54 from 48 balls and sharing a seventh wicket partnership of 77 with Ses Bau.

Kenya needed to reach the target of 118 in 12 overs to have any chance of qualifying for the play-offs but the batsmen were unable to get out of first gear.

Opener Irfan Karim was the only person to hit a boundary and top-scored with 29 as Kenya slid to 73 all out. Nosaina Pokana was the most successful of the PNG bowlers with 3/21.

Ireland also made sure of a place in the finals in Australia courtesy of results elsewhere going in their favour, with Jersey defeating Oman on the final day of group-stage action.

As well as reaching next year's showpiece, both PNG and Ireland will also progress to the semi-finals of the ongoing qualifying tournament, where they play the winners of the two semi-final play-offs.

The first of those will see Netherlands, who finished second in Group A, face UAE as the third-ranked team in Group B. The winner of that match will face Ireland while they will also qualify for the World Cup.

The other semi-final play-off will see Namibia face Oman, after the two finished third in Group A and second in Group B respectively. PNG await the victors, who will also reach the finals in Australia.

Scotland and Hong Kong, who finished fourth in their respective groups, will now take part in the fifth-place play-off semi-finals.

There they will face the defeated side in each of the semi-final play-offs, with the winner in each match also qualifying for the T20 World Cup.