T20 World Cup, India vs Pakistan: A Look Back At All T20 World Cup Encounters Between Two Sides 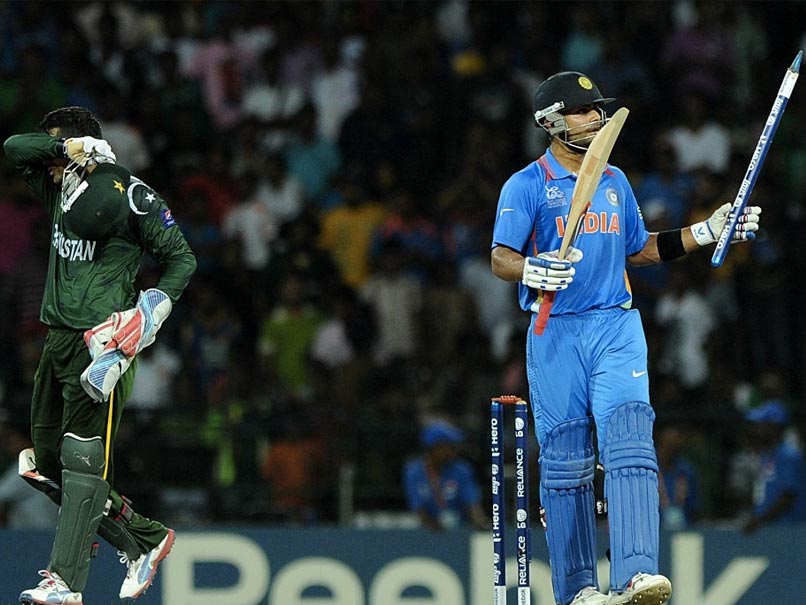 India are set to begin their T20 World Cup campaign against arch-rivals Pakistan at the Dubai International Stadium on Sunday. The two teams will meet after a gap of over two years and fans are eagerly waiting for what promises to be a cracking contest. Just like the 50-over World Cup, India are unbeaten against Pakistan in T20 World Cup as well. Both teams have faced each other five times in T20 World Cup and India have gotten the better of their neighbours on all five occasions.

Here is a look at how the two teams have fared when they faced each other in a T20 World Cup game:

1. In the inaugural edition of the T20 World Cup in South Africa, India and Pakistan faced off in a Group D clash. India batted first and put on 141 runs on the board in their allotted 20 overs. In reply, Pakistan could also manage 141 runs from 20 overs and the match went into a bowl-out. India emerged victorious in the bowl-out.

2. In the same edition, India and Pakistan reached the final and it was a dramatic summit clash to determine the inaugural champions in the shortest format. Gautam Gambhir top-scored with a knock of 75 as India posted 157/5. In reply Misbah-ul-Haq looked set to take Pakistan to the title but a mishit on the third delivery of the over landed straight into the hands of S Sreesanth as India, under the leadership of a young MS Dhoni, were crowned champions.

3. Five years later, both teams met each other in Colombo in 2012. It was a low-scoring contest where Pakistan were bundled out for 128 in 19.4 overs. In reply, India lost Gautam Gambhir for a duck but Virat Kohli (78) scored an unbeaten half-century to guide the team to victory with three overs to spare.

4. In the next edition, India again dominated with the ball as they restricted Pakistan to 130/7. The three bowlers who starred for India are in their squad for the ongoing T20 World Cup. Bhuvneshwar Kumar, Ravichandran Ashwin and Mohammed Shami all picked up three wickets apiece in that game. Virat Kohli and Suresh Raina put on an unbeaten 66-run stand to steer India to a comfortable win.

5. The action moved to the iconic Eden Gardens in Kolkata in 2016 and Pakistan again lost the plot under pressure. In a rain-hit encounter which was reduced to 18 overs per side. Pakistan could only manage to score 118 runs. In reply, Kohli again stood out with the bat, scoring an unbeaten fifty as India won the match by six wickets and 13 balls to spare.

Pakistan Cricket Team ICC T20 World Cup 2021 Cricket India vs Pakistan, Super 12 - Match 16
Get the latest updates on IND vs NZ 2021, check out the Schedule and Live Score . Like us on Facebook or follow us on Twitter for more sports updates. You can also download the NDTV Cricket app for Android or iOS.