T20 World Cup, IND vs PAK: Virat Kohli was left dumbstruck by a journalist's question after India's defeat to Pakistan in their Super 12 fixture on Sunday. 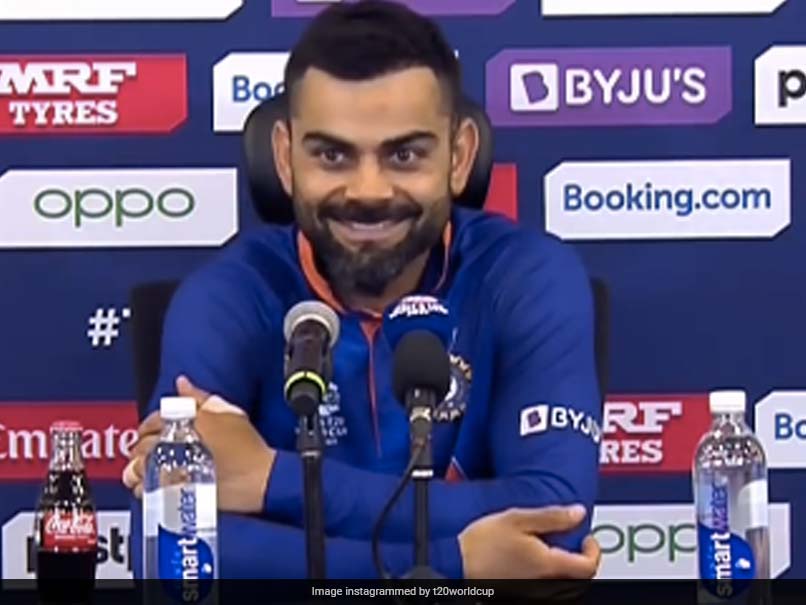 After India's stunning defeat to Pakistan in their T20 World Cup opener, Virat Kohli was taken aback during the post-match press conference when a journalist asked him if Ishan Kishan could replace Rohit Sharma in the next match. Kishan registered a knock of 70 runs off 46 balls during India's warm-up match against England but didn't feature in the playing XI for Sunday's Super 12 fixture at the Dubai International Stadium. Surprised by the question, Kohli asked the journalist, "It's a very brave question. What do you think, sir?"

After getting further pressed to answer the question, the Team India captain said, "I played the team that I thought was the best. What is your opinion?"

"Will you drop Rohit Sharma from T20 internationals? You'll drop Rohit Sharma? Do you know what he did in the last game that we played? Yeah? Unbelievable. If you want controversy, please tell me before so I can answer accordingly", he further added.

Here is the video of Kohli's reaction to the question:

Chasing a target of 152 runs, Pakistan reached 152 for no loss in 17.5 overs. Captain Babar Azam smashed an unbeaten knock of 68 off 52 balls with his opening partner Mohammad Rizwan (79 off 55 balls), who also remained unbeaten.

Earlier, India posted 151 for seven in 20 overs with Kohli registering 57 off 49 balls. Rishabh Pant also made a notable contribution, playing a knock of 39 in 30 deliveries.

Virat Kohli Rohit Sharma Ishan Kishan ICC T20 World Cup 2021 India vs Pakistan, Super 12 - Match 16 Cricket Social
Get the latest updates on IND vs NZ 2021, check out the Schedule and Live Score . Like us on Facebook or follow us on Twitter for more sports updates. You can also download the NDTV Cricket app for Android or iOS.