T20 World Cup, IND vs AFG: Virender Sehwag, like many others, criticised India's batting strategy during the defeat against New Zealand, which saw Ishan Kishan opening for the side. Regular opener Rohit Sharma was demoted to No. 3 in the batting order. 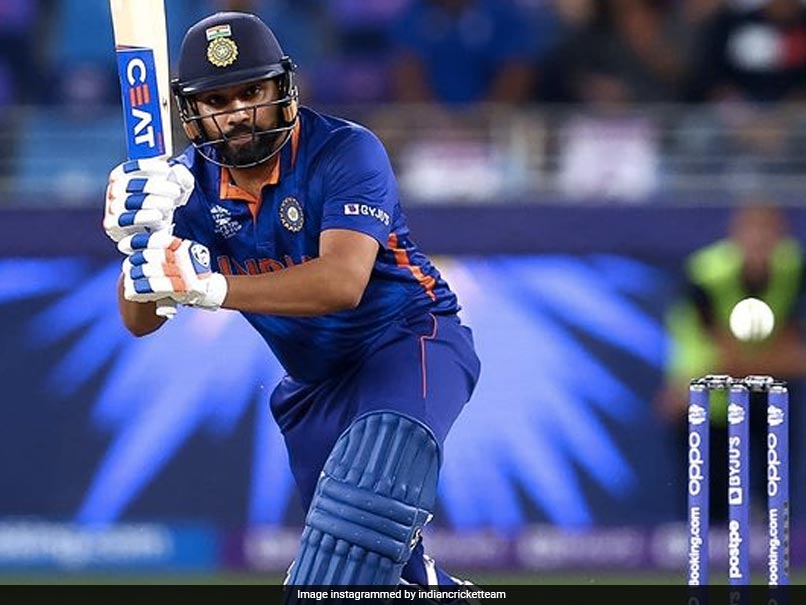 T20 World Cup: Rohit Sharma was demoted to No. 3 in the batting order against New Zealand.© Instagram

Currently in a bad run of form, the Indian cricket team has been receiving plenty of criticism from fans and pundits for their performance in the ongoing T20 World Cup. The Virat Kohli-led side is yet to win a match and will be up against Afghanistan in their third Super 12 fixture on Wednesday. Team India began their campaign with a 10-wicket defeat to Pakistan and then followed it up with an eight-wicket loss against New Zealand. After the defeat against New Zealand, India's batting strategy came under scrutiny with many feeling that the team management made a mistake in demoting Rohit Sharma to No. 3. In Dubai on Sunday, Ishan Kishan, KL Rahul opened the innings for India with Rohit at No. 3 and Kohli at No. 4. They could just post 110 for seven in 20 overs, which New Zealand chased down with 33 balls to spare.

Former opener Virender Sehwag wasn't too impressed with batting strategy and compared it to India's disastrous performance in the 2007 ODI World Cup. In 2007, a Rahul Dravid-led Indian side crashed out in the group stage.

Speaking to Cricbuzz, the former cricketer said that the Indian team made a similar mistake in 2007 and questioned the decision to make Sachin Tendulkar bat at No. 4 instead of opening the innings.

"In 2007, we made two mistakes. We were chasing really well. We won 17 consecutive matches while chasing but then when the 50-over World Cup came, our coach said that we need batting practice", he said.

"But then I said that let us win two matches first and then we can have batting practice in the next six games. But he said no."

Sehwag also explained that Sachin wasn't needed to balance the middle-order as India already had the likes of Rahul Dravid, Yuvraj Singh and MS Dhoni to play that role.

"When teams play bad, you change your strategy and that is why they play bad. When you are doing something good like the Cricbuzz panelists who are good and you change them forcefully, that is when it will go down", he further added.

Sachin Tendulkar Rohit Sharma ICC T20 World Cup 2021 India vs New Zealand, Super 12 - Match 28 India vs Afghanistan, Super 12 - Match 33 Cricket
Get the latest updates on IPL Auction 2023 and check out  IPL 2023 and Live Cricket Score. Like us on Facebook or follow us on Twitter for more sports updates. You can also download the NDTV Cricket app for Android or iOS.