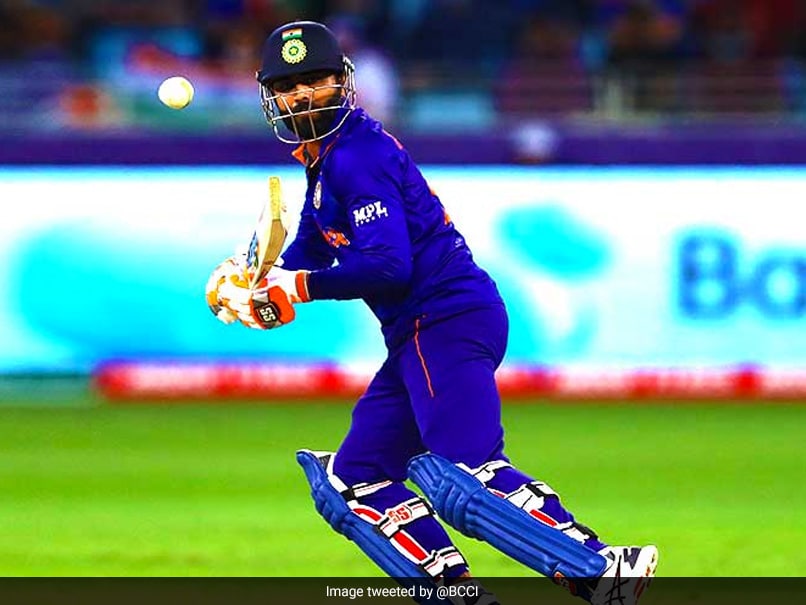 All-rounder Ravindra Jadeja showcased some explosive hitting during a net session ahead of India's crucial T20 World Cup 2021 Super 12 game against Afghanistan on Wednesday. Jadeja could be seen and heard timing the ball to perfection as the bowlers received a battering. The left-hand batter looked comfortable and hit an array of shots at deliveries which were pitched at different lines and lengths. The Board of Control for Cricket in India (BCCI) shared the video with a caption that said: "That's some hitting, @imjadeja ! #TeamIndia #T20WorldCup #INDvAFG."

Jadeja's form remains critical for the balance of Team India's batting. In the two matches, Jadeja has registered scores of 13 runs (vs Pakistan) and 26 not out (vs New Zealand) and looked one of the few batters who seemed to trouble the opposition bowling line-ups.

Team India will be eager to put the disappointments of two losses behind and focus on the Afghanistan match. After losing the first game to arch-rivals Pakistan, India went down to New Zealand and now have three games still left to play in the Super 12 stage.

The presence of leg-spinner Rashid Khan could provide an opening to left-handed Jadeja, who would love to take him on with the spin on the relatively slower track of Abu Dhabi's Sheikh Zayed Stadium.

Afghanistan will be playing their fourth game of the Super 12 stage. They have two wins (versus Scotland and Namibia) and one loss (vs Pakistan) and are placed second in the points table behind Pakistan.

Ravindra Jadeja ICC T20 World Cup 2021 Cricket Rashid Khan
Get the latest updates on Fifa Worldcup 2022 and check out  Fifa World Cup Schedule, Stats and Live Cricket Score. Like us on Facebook or follow us on Twitter for more sports updates. You can also download the NDTV Cricket app for Android or iOS.