Australia and New Zealand will take on each other in a mouth-watering clash at Auckland's Eden Park on Saturday. 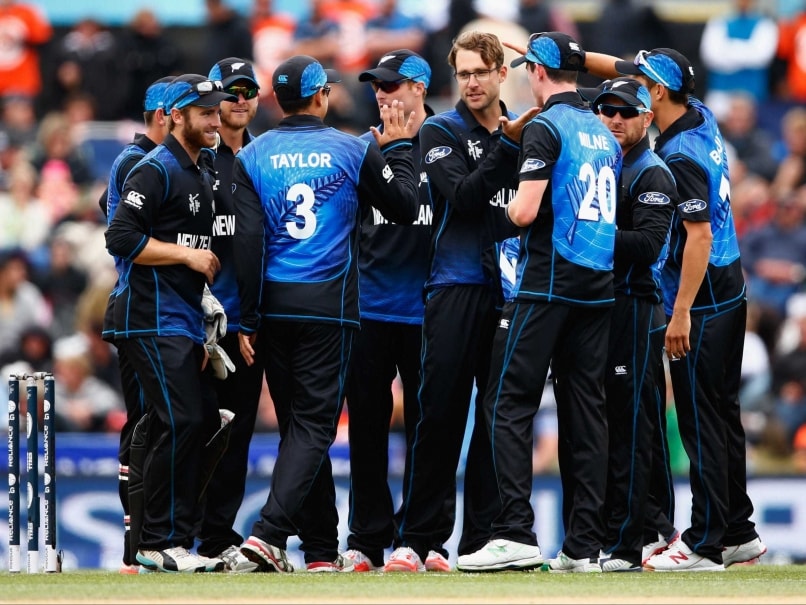 With the boundary at just 55 metres at both ends and 65m on the square -- much shorter than the International Cricket Council regulations of 64m minimum (straight) -- the ground is exempt from current size demands as Eden Park has been staging international cricket since before 2007. (David Warner ready to tackle hostile Kiwi fans)

As a result, the compact, diamond-shaped ground means the Pool A clash between co-hosts New Zealand and Australia should be ripe for big scoring. (Australian team to test new helmets vs New Zealand)

Explosive batsmen such as Glenn Maxwell, David Warner, Aaron Finch and Mitchell Marsh on one side and Brendon McCullum, Martin Guptill, Corey Anderson and Luke Ronchi on the other will strive to match them shot for shot in front of a 40,000 sell-out. (Shane Watson confronts 'crunch time')

"Both teams can swing the ball at the top of the innings with the two new balls, so I think that's a strength of both sides, so if they go short it's a bonus (for batsmen) when it's swinging," said Warner.

Built in 1900, Eden Park is named after nearby Mount Eden from where the whole of Auckland city can be seen.

Initially plagued by financial problems, the ground was rescued by rugby administrators who made it a two-sport stadium.

Eden Park hosted its first Test in 1930 while the first one-dayer was played in 1976.

New Zealand have bitter-sweet memories of the venue as they were dismissed for just 26 -- still the lowest Test innings total -- by England in 1955.

But on a positive note, New Zealand chased down a 337-run target against Australia in 2007.

Martin Crowe struck an unbeaten century to help New Zealand upset Australia in the opening game of the 1992 World Cup on their way to a semi-final finish.

Due to the number of rugby games played at Eden Park, drop-in pitches are used for cricket which are flat and generally not helpful for bowlers.

But the likes of Mitchell Johnson and Mitchell Starc on one side and Tim Southee and Trent Boult on the other will strive to counter the big hitting and short boundaries.

All-rounder Corey Anderson admitted it will be a big challenge.

"It's a little bit daunting when you're walking back to your mark and you can almost touch the boundary. That's not the nicest feeling as a bowler but as a batter it's nice," said Anderson.

"Top edges don't go for four, they go for six."

Australia will also take inspiration from the fact that Eden Park has been lucky for the former world champions with 11 wins in the 16 one-dayers played between the two sides while New Zealand have won just one of the last seven.

"It's a bit different to the MCG out there," said Australian all-rounder Shane Watson.

"It provides more of a challenge to bowlers to defend a ground like Eden Park. There are some very short pockets and some bigger ones as well.

"It's not your standard cricket ground and it can feel right on top of you with so many New Zealanders not enjoying our company."

Pakistan and South Africa -- who play at Eden Park on March 7 -- will also hope power hitters like AB de Villiers and Shahid Afridi take full advantage of the shorter boundaries.