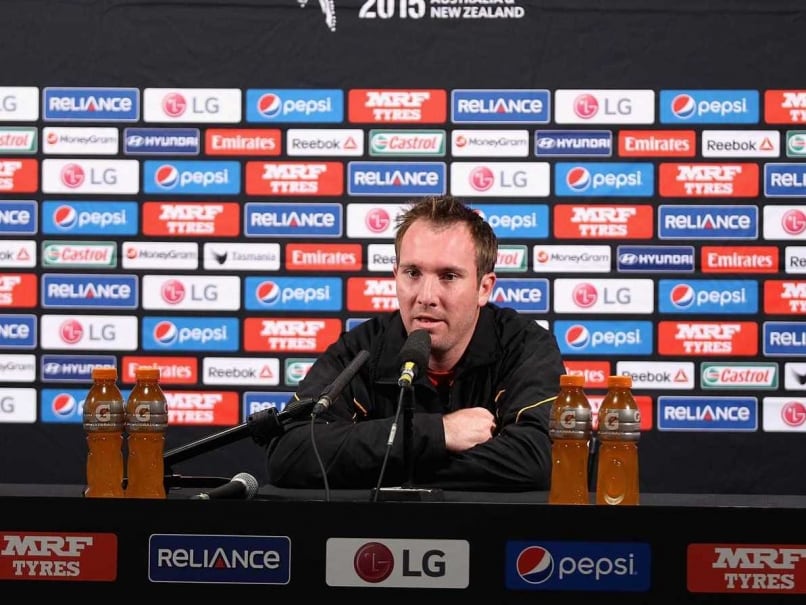 Stand-in captain Brendan Taylor on Wednesday apologised on behalf of Zimbabwe cricket team for an article published by one of his country's daily criticising Ireland pacer John Mooney over his boundary-line catch on Saturday that ended the hopes of the African side in the World Cup. (Complete World Cup coverage | History | Stats | Schedule | Points Table)

"On behalf of the Zimbabwe cricket team, we just want to express our apologies to @Irelandcricket and John Mooney for the unacceptable article," Taylor wrote on Twitter. (Porterfield rue lack of experience after India loss)

His statement came after Cricket Ireland said it is considering legal action against Zimbabwe Herald after it published a heavily criticised article on Mooney, reports cricket.com.au. (World Cup exit shines the light on England's ODI woes)

Ireland were playing against India on Tuesday when the piece by Zimbwawe Herald journalist Robson Sharuko was published online, and immediately drew widespread condemnation from its readers and across social media.

Mooney took a pivotal and contentious boundary-line catch to dismiss Sean Williams on 96 in the 47th over against Zimbabwe on Saturday. That helped Ireland seal a five-run victory that condemned the African nation to an early World Cup exit.

The piece questions Mooney's honesty following the controversy surrounding whether the fielder's foot may have been in contact with the padding on the boundary rope when the catch was taken.

Sharuko's report connects the catch to Mooney's battle with alcohol and depression, which the Ireland pacer bravely detailed on radio in a bid to raise awareness about mental health issues for cricketers.

The personal nature of the accusations prompted Cricket Ireland chief executive Warren Deutrom to speak out.

"In relation to the story that has appeared in today's Zimbabwe Herald, it would be easy to dismiss it as a childish diatribe if it wasn't for the vicious personal attack on John which cannot pass without comment, and possible action," Deutrom said in a statement.

"John represents his country with honour, distinction and integrity. That he does in the face of personal challenges about which he has spoken openly and movingly demonstrates incredible hard work and great courage."

Deutrom added: "We understand, as does John, that public figures may occasionally be subject to negative comment. But in mocking John in such a contemptuous fashion, and using his personal difficulties as a mere punchline, the Zimbabwe Herald has demonstrated breath-taking crassness and a gross error of editorial judgement."

However, Taylor opted to blame his side's poor effort on the field for the loss as Ireland posted 8-331.

"We were shambolic, to be honest, in the field," Taylor said after the match on Saturday.

"Again we've dropped chances at crucial times and that was the difference between Ireland and us. I think they were more hungry and they were a bit more energetic... hence why they got over the line."

Comments
Topics mentioned in this article
World Cup 2015 Zimbabwe Cricket Team Ireland Cricket Team Brendan Taylor John Mooney Cricket
Get the latest updates on IND vs NZ 2021, check out the Schedule and Live Score . Like us on Facebook or follow us on Twitter for more sports updates. You can also download the NDTV Cricket app for Android or iOS.