Bangladesh refuted media reports that pacer Al-Amin Hossain was sent home because he met an illegal Indian bookmaker. Bangladesh Cricket Board's head of media insisted the only charge of indiscipline against Hossain was staying out late at night and had nothing to do with any alleged corruption. 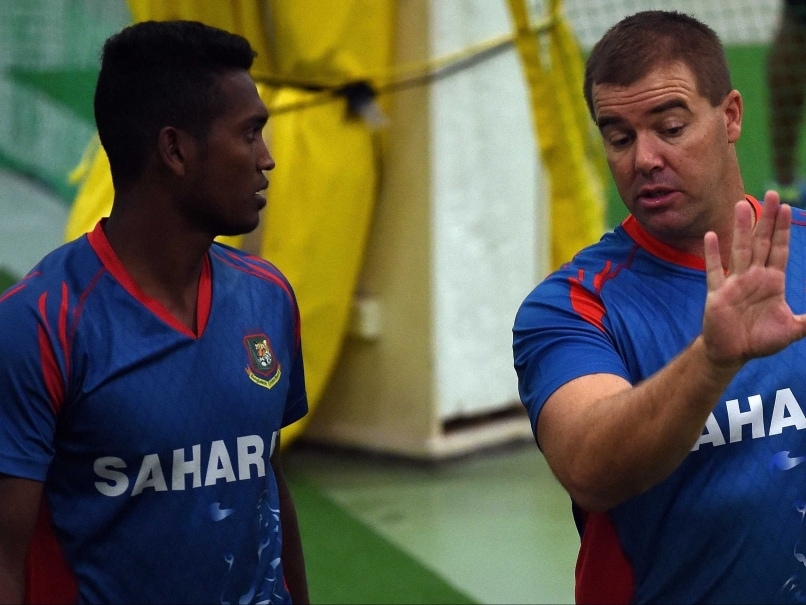 Bangladesh on Tuesday rubbished media reports back home that seamer Al-Amin Hossain had been kicked out of the World Cup for reportedly confessing to meeting an illegal Indian bookmaker. (Complete World Cup 2015 coverage | History | Schedule | Stats)

The official statement issued on Sunday by the team management had said Hossain, 25, was being sent home for breaking curfew rules ahead of Bangladesh's washed-out match against Australia in Brisbane last weekend.

But the Dhaka-based English language 'New Age' newspaper and other media said Hossain had been under observation by the International Cricket Council's Anti-Corruption and Security Unit (ACSU) for some time.

However, the Bangladesh Cricket Board (BCB)'s head of media, Jalal Yunus, insisted the only charge of indiscipline against Hossain was staying out late at night and had nothing to do with any alleged corruption.

"The ACSU has told us they have nothing against Hossain, but we took action because we have a no-tolerance policy for not obeying team orders," Yunus told AFP.

"There is no truth in reports that he was sent home because of alleged links with bookies."

Media reports said the ACSU had already spoken to Hossain a few days earlier in Canberra when the team was in the Australian capital for their opening match against Afghanistan.

Hossain apparently admitted knowing an unnamed Indian bookmaker whom he had met in Chennai, where he had gone to have his bowling action tested last year, but the ACSU did not bring any charges against him.

However, when the seamer broke curfew rules and went out late at night in Brisbane, the team management decided to punish him and send him packing from the World Cup.

The 'New Age' quoted an unnamed official as saying that Hossain gave three different versions regarding his late-night outing when questioned by team management.

"He first claimed that he went to buy a SIM card, which raised more suspicion as the player had already one with him," the paper said.

"Al-Amin then claimed that he went to a nightclub but BCB officials were not ready to accept this story either because they found it hard to believe that he will visit a nightclub alone in bad weather.

"The question that spurred them most was why he had walked back to the hotel instead of taking a taxi and the player had no answer to that.

"In the face of repeated questioning he finally confessed that he went to meet a bookie who dropped him close to the hotel and the decision to send him back was taken immediately," the paper wrote.

The paper quoted team manager Khaled Mahmud as saying that Hossain had confessed to his misdemeanour, but did not elaborate.

"He confessed everything to me," Mahmud told the paper. "If he was simply breaking team rules he might have got away with a fine. But this was a more serious issue, so we had no other choice but to send him back."

Comments
Topics mentioned in this article
Bangladesh Cricket Team Al-Amin Hossain World Cup 2015 Cricket
Get the latest updates on SA vs IND 2021-22, check out the Schedule and Live Score . Like us on Facebook or follow us on Twitter for more sports updates. You can also download the NDTV Cricket app for Android or iOS.