While Mahendra Singh Dhoni is playing his part of on the cricket field, team, daughter Ziva is in her elements off it. 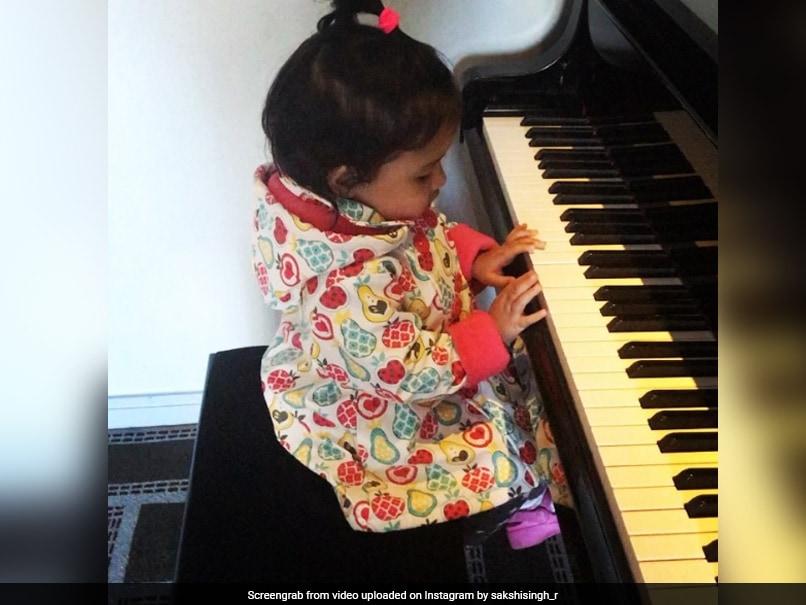 India qualified for the ICC Champions Trophy 2017semi-final after beating South Africa by eight wickets on June 11. The pressure of playing Bangladesh in the second semi-final, on June 15, doesn't seem to have got to the players as they look pretty relaxed. Recently, the official Instagram page of the Indian cricket team uploaded a photo MS Dhoni with his wife Sakshi and daughter Ziva. The former Indian captain took some time out before the semi-final to spend time with his family. Virat Kohli and Shikhar Dhawan had also uploaded photos on social media their practice sessions at Birmingham.

While Dhoni is playing his part of an experienced campaigner in the Indian team, daughter Ziva is displaying her music skills. Sakshi Dhoni uploaded a video of Ziva where she can be seen trying to play the piano.

The Men in Blue take on Bangladesh in the second semi-final at Edgbaston. Bangladesh who advanced to the semi-final rather dramatically will look to cash-in on the opportunity.

MS Dhoni who did not get a chance to bat against South Africa, scored a fantastic knock of 63 runs in 52 balls. All eyes will be on the experienced campaigners, Dhoni and Yuvraj, along with the Indian batsmen who are good form and go past Bangladesh to set up a finals clash with arch-rivals Pakistan who defeated England in first semi-final.

Comments
Topics mentioned in this article
India Cricket Team MS Dhoni ICC Champions Trophy 2017 Cricket
Get the latest updates on ICC T20 Worldcup 2022, check out the Schedule and Live Score. Like us on Facebook or follow us on Twitter for more sports updates. You can also download the NDTV Cricket app for Android or iOS.