Sultan Azlan Shah Cup: India will next take on South Korea on Sunday. 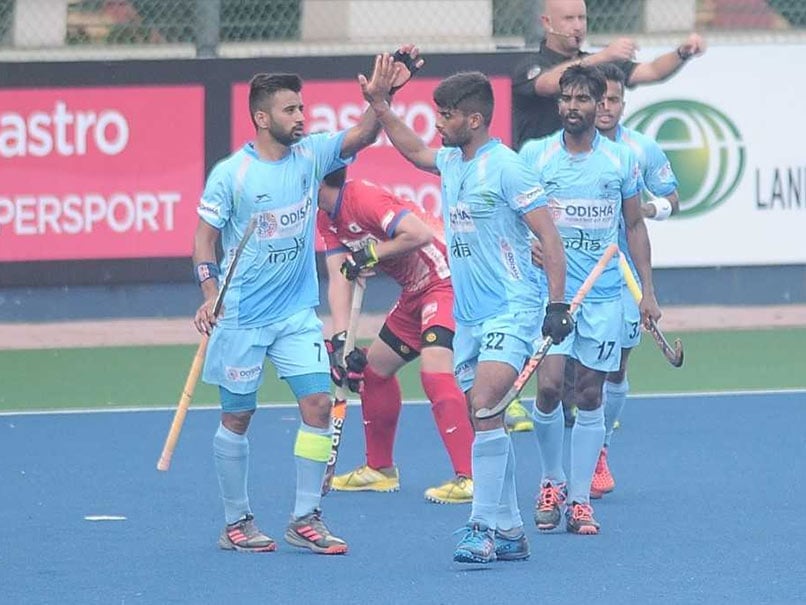 India got off to a roaring start in the ongoing 28th Sultan Azlan Shah Cup 2019, beating Asian Games champions Japan 2-0 on Saturday. This was the first match of the tournament being played in Malaysia's Ipoh. India, currently ranked No.5 in the world, will be playing five league matches -- against Japan (Rank 18), South Korea (Rank 17), Malaysia (Rank 13), Canada (Rank 10) and Poland (Rank 21) -- through the course of this tournament. A playoff stage will be played at the end of this round-robin stage to decide the final positions of teams at the end of the tournament.

On Saturday against Japan, it was India's resilient attack, structured defence and solid effort in the midfield that ensured they remained dominant through the match.

Eight minutes into the second quarter, India won a penalty corner and Varun Kumar stepped up to the responsibility to capitalise with a powerful drag flick. The 1-0 lead in the 24th minute put India in good stead and mounted pressure on Japan.

With four minutes remaining for the second hooter, a good pass by Sumit Kumar (Junior) to Mandeep Singh who flicked it towards the post missed the net by a margin.

With two minutes remaining for the third quarter, Japanese striker Kenji Kitazato took a brave shot on goal but missed the post by a big margin. Off a rebound, Kazuma Murata struck the ball towards the post but it went over.

Japan removed their goalkeeper to add an extra man in the 55th minute but the tactic backfired with India making use of the opportunity as their fine attack led to a second goal. It was a diving effort by Simranjeet Singh that put India ahead by 2-0.

India's Varun Kumar was adjudged the Man of the Match. India will next take onSouth Korea on Sunday afternoon.