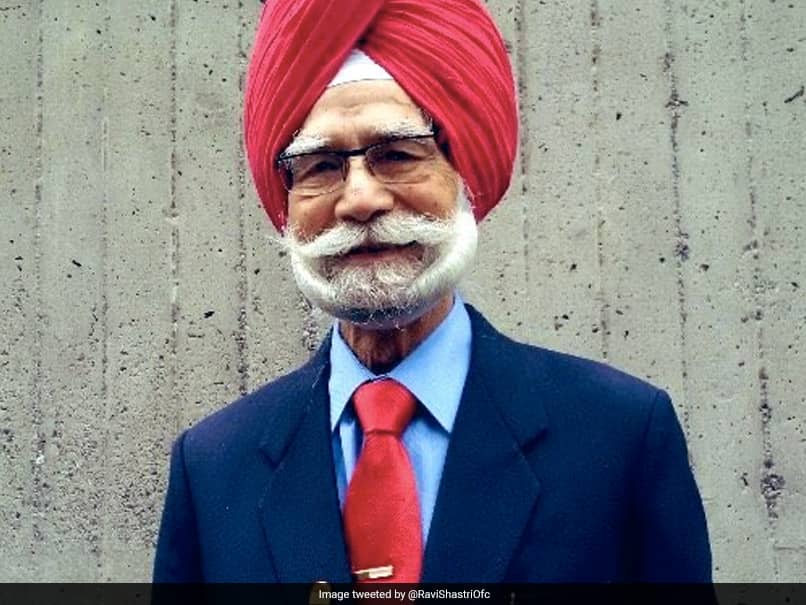 Hockey legend Balbir Singh Sr was 96 and is survived by his daughter and three sons.© Twitter

Hockey legend Balbir Singh Sr died on Monday after his battle against multiple health issues for over two weeks. Sportspersons from all corners of the country flooded Twitter with heartfelt condolences on Balbir Singh Sr's death. India cricket captain Virat Kohli, head coach Ravi Shastri and legendary sprinter PT Usha took to Twitter to remember the "athlete par excellence and a role model beyond words" following his death. "Saddened to hear about the passing of the legend, Balbir Singh Sr. My thoughts and prayers go out to his family in this time of sorrow. @BalbirSenior," Virat Kohli said on Twitter. Prime Minister Narendra Modi said he was "pained by his demise" while offering condolences to Balbir Singh's family.

Padma Shri Balbir Singh Sr. Ji will be remembered for his memorable sporting performances. He brought home lots of pride and laurels. Undoubtedly a brilliant hockey player, he also made a mark as a great mentor. Pained by his demise. Condolences to his family and well wishers.

Saddened to hear about the passing of the legend, Balbir Singh Sr. My thoughts and prayers go out to his family in this time of sorrow. @BalbirSenior

"#BalBirSingh Ji- A True Giant and a half in his field. Hockey legend out and out. Condolences #BalbirSinghSenior," India head coach Ravi Shastri said in a tweet.

#BalBirSingh ji- A True Giant and a half in his field. Hockey legend out and out. Condolences #BalbirSinghSenior pic.twitter.com/4xClWGmhkT

A brilliant sportsman for our nation whose performances brought great laurels for our country. #RIP Balbir Singh Sr Sir.

"Deeply saddened to hear of the passing of Balbir Singh Sr ji. An athlete par excellence and a role model beyond words! His bestowed hands may strengthen my passions more. My condolences to his family, friends and fans!" PT Usha tweeted.

Deeply saddened to hear of the passing of Balbir Singh Sr ji. An athlete par excellence and a role model beyond words! His bestowed hands may strengthen my passions more. My condolences to his family, friends and fans!#balbirsingh #Balbirhockey pic.twitter.com/figkm8ibBW

An absolute legend of the game
Balbir Singh Sr Sir, you will be missed. #RIP champion

My heartfelt condolences to the family and friends of Balbir Singh ji Sr.

He was one of the greatest to have graced the game of hockey .

May his soul Rest in Peace! pic.twitter.com/Z4tnb6D3OB

My deepest condolences to Balbir Singh Ji's family in this hour of grief. An unforgettable hero, may his soul rest in peace. pic.twitter.com/t19ds8JdI6

Deeply saddened by the tragic demise of India's legendary Hockey Player - Balbir Singh Sr. He was part of India's gold medal winning team at 1948 London, 1952 Helsinki & 1956 Melbourne Olympics. I pay my heartfelt tribute and pray for the eternal peace of the departed soul pic.twitter.com/hknd1G5DFz

May God give strength to your loved ones during this time.

Pained to learn about the passing of our three times Olympic Gold medalist and legend Balbir Singh Senior sir this morning.

His contribution towards Indian hockey is unforgettable. He will continue to inspire our generations to come.

My deepest condolences to his family. RIP pic.twitter.com/8qcIuHe9vW

Balbir Singh Sr was 96 and is survived by his daughter Sushbir and three sons Kanwalbir, Karanbir, and Gurbir.

"He died at around 6:30 this morning," Abhijit Singh, Director Fortis Hospital, Mohali, where he was admitted since May 8, told PTI. His grandson Kabir later sent out a message stating, "Nanaji passed away this morning."

The three-time Olympic gold medallist was in a semi-comatose state since May 18 and had developed a blood clot in his brain after being first admitted to the hospital for bronchial pneumonia with a high fever.

"Today, we have not only lost our greatest hockey legend but we have also lost 'our guiding light'. While his achievements in post-independent era have been well-documented, Balbir Sr remained the greatest fan of the sport and was always there when we needed his advice. Hockey has lost its brightest star and everyone at Hockey India is pained by this news," Hockey India president Mohd Mushtaque Ahmad stated in a release.

"Balbir Singh Sr's exemplary achievements, his passion for the sport, his life as an icon of the game will remain an example for generations to come. On behalf of the Federation, I express my deepest condolences to his family," he added.

Hockey India's Secretary General Rajinder Singh also expressed condolences, saying: "Balbir Sr's achievements in hockey cannot be emulated. It is difficult to mention him in past-tense because for us he was always there. One could call on him for advice at anytime, his spirit and adulation for the game will be missed. I am sure even in his absence, his life as a hockey legend will inspire many generations."

Comments
Topics mentioned in this article
Hockey
Get the latest updates on India vs England Series, India vs England , live score and IPL 2021 Auction . Like us on Facebook or follow us on Twitter for more sports updates. You can also download the NDTV Cricket app for Android or iOS.