Tony Finau capped his round with an approach to two feet for his fifth birdie of the day at his final hole, the ninth, finishing 36 holes on nine-under par 135. 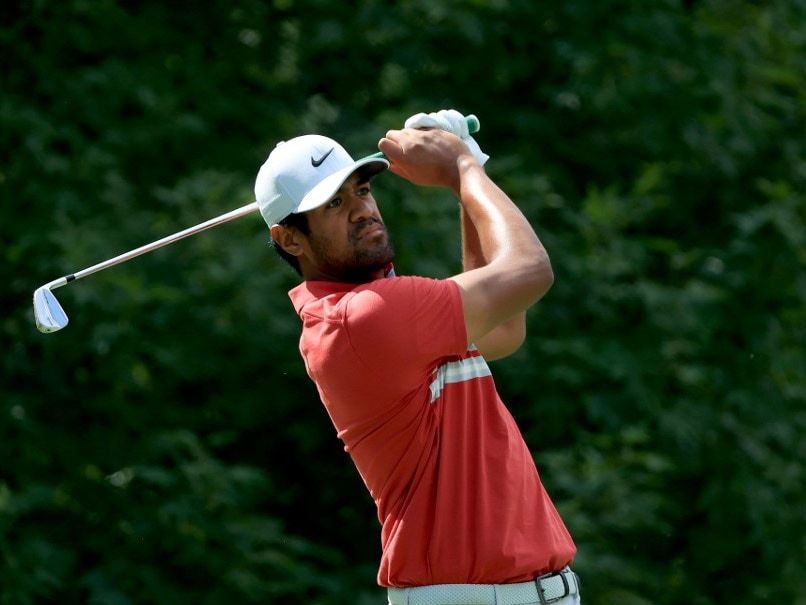 Tony Finau shook off two early bogeys to post a three-under-par 69 on Friday and maintain a share of the lead alongside Ryan Palmer after the second round of the US PGA Tour Memorial. As reigning Masters champion Tiger Woods struggled with back issues on his way to a four-over-par 76 -- making the halfway cut on the number -- overnight leader Finau and Palmer, who started the day one back, steered a steady course. Finau capped his round with an approach to two feet for his fifth birdie of the day at his final hole, the ninth, finishing 36 holes on nine-under par 135.

"I was really happy with the finish, the way I finished," said Finau, who opened with a bogey at the 10th and dropped another shot at 12 before rolling in an 11-foot birdie putt at the 15th and a two-footer at 17.

"Not the ideal start, but I knew I couldn't look back after 12, just keep on plugging along and try to hit good shot after good shot, and was able to execute a lot better after that," added Finau, who birdied five and seven before his impressive closing flourish.

Palmer also bounced back from an early bogey, notching five birdies in his four-under 68.

World number two Rahm had six birdies in his five-under effort as he bids to overtake Rory McIlroy atop the world rankings this week.

With Muirfield Village in Dublin, Ohio, playing tough, McIlroy took a wild path to an even-par 72 and a two-under total of 142.

The Northern Ireland star's round included a double-bogey, an eagle, four birdies and four bogeys.

"I don't know what it was," said McIlroy, who dunked a ball in a creek at 11 and landed his approach from the fairway eight feet from the pin for eagle at the fifth. "It was a few birdies and an eagle thrown in there and a few mistakes.

"There's some good in there, some mediocre and there was some pretty poor shots," McIlroy said. "But I battled back well."

But Woods, playing his first PGA Tour event since February after a tour shutdown in March over the coronavirus pandemic, was battling more than Muirfield.

The 44-year-old Woods, who said his back was bothering him even as he warmed up, had five bogeys and a double-bogey with just three birdies.

A solid finish, with two birdies and a par save in his final three holes, didn't do much to improve his outlook.

"Not very good," Woods said. "I three-putted two holes early, and whatever kind of momentum I was going to create, I stifled that early and fought it the rest of the day."

Woods had to wait out the afternoon to see if his three-over total would see him into the weekend, and it did, without a shot to spare.

The five-time Memorial winner has never missed a cut in 17 prior appearances in the tournament hosted by Jack Nicklaus.

Brooks Koepka was also three-over through 36 holes, firing a second-round 75.

Bryson DeChambeau endured a horror-show 10 at the par-five 15th, where he found the water off the tee and was out-of-bounds twice on the way to the quintuple bogey.

The big-hitting American's 76 gave him a two-day total of five-over 149.

Dustin Johnson, who also started the tournament with a chance to topple McIlroy atop the rankings, also missed the cut with a second straight 80.

Comments
Topics mentioned in this article
Tony Finau Ryan Palmer Tiger Woods Golf
Get the latest updates on Fifa Worldcup 2022 and check out  Fifa World Cup Schedule, Stats and Live Cricket Score. Like us on Facebook or follow us on Twitter for more sports updates. You can also download the NDTV Cricket app for Android or iOS.