Rory McIlroy Hopes Ryder Cup Will Be Moved To 2021

Rory McIlroy said, "I think the majority of players would like to see it pushed back until 2021 so that they can play in front of the atmosphere they want to play". 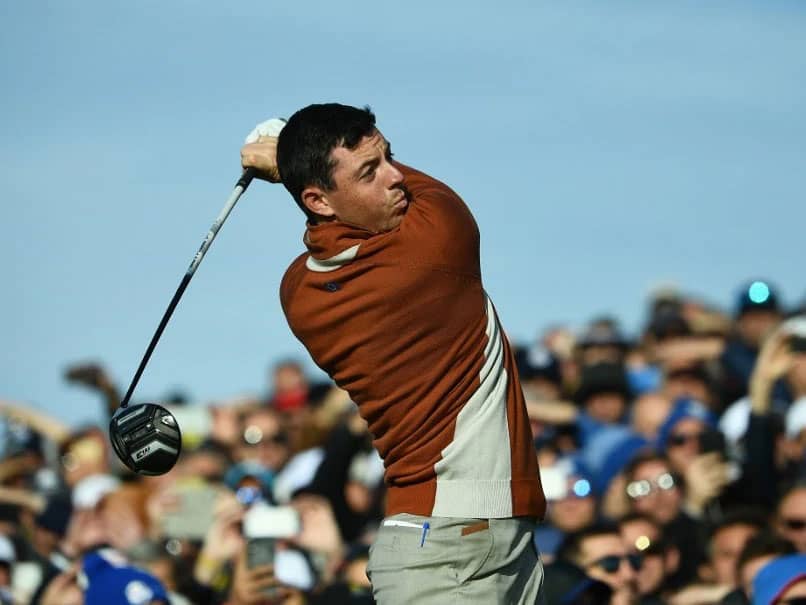 Rory Mcllroy is facing a busy end to the year with the PGA Tour set to return from June 11.© AFP

Rory McIlroy believes the Ryder Cup will be moved back to 2021 under pressure from players to not lose the unique atmosphere of the biennial event behind closed doors. The coronavirus pandemic has majorly disrupted the golfing calendar with the three US-based majors moved to later in the year and the British Open cancelled. The Ryder Cup is still scheduled to take place from September 25-27 in Wisconsin, but spectators would almost certainly not be allowed to attend if it did go ahead.

"I think the majority of players would like to see it pushed back until 2021 so that they can play in front of the atmosphere they want to play," McIlroy told BBC Northern Ireland.

"They want to play in front of crowds, that makes the Ryder Cup so special.

"At the end of the day the players are the ones that make the Ryder Cup and if they don't want to play then there isn't a Ryder Cup.

"I see it being pushed back to 2021 and honestly I think that would be the right call."

European Ryder Cup captain Padraig Harrington has previously warned his players that they may have to sacrifice the thrill of playing in front of big crowds for the good of golf fans watching at home.

"The players don't want it but we might have to take one for the world of team sport and put an event on that people can watch," said Harrington earlier this month.

"It wouldn't be the same for us but we're craving sport on TV."

McIlroy is facing a busy end to the year with the PGA Tour set to return from June 11.

The PGA Championship, US Open and Masters will follow in August, September and November respectively, but McIlroy is still disappointed the Open was not also rescheduled.

"I was just as disappointed as everyone else that The Open got cancelled this year," he added.

"I think it would have been a good date in September if we were able to play it."

Comments
Topics mentioned in this article
Rory McIlroy Golf
Get the latest updates on India vs Australia Series, check out the India vs Australia Schedule for 2020-21 and Ind vs Aus live score . Like us on Facebook or follow us on Twitter for more sports updates. You can also download the NDTV Cricket app for Android or iOS.