Shubhankar Sharma carded an even-par 72 to share the lead after the penultimate round of the Hero Indian Open golf tournament. 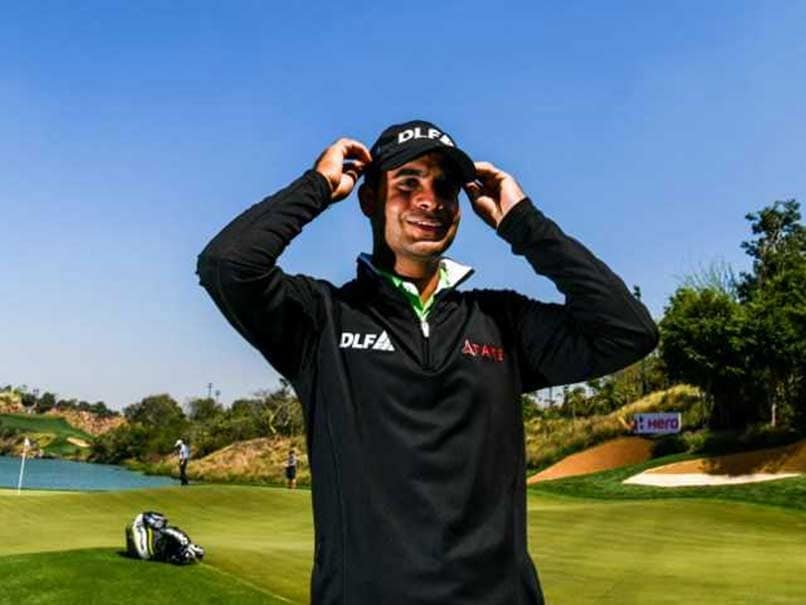 Shubhankar Sharma displayed admirable temperament to grind out an even-par 72 to share the lead after the penultimate round of the USD 1.75 million Hero Indian Open at the challenging DLF course in New Delhi on Saturday. While other Indians in fray went over par, the 21-year-old from Chandigarh sank five birdies, including one at the 18th, against three bogeys and a double bogey at the 17th, to share the lead with English golfer Matt Wallace, who carded two-under 70 to total 209. It was a birdie after a chip in from the fringes at the last hole which earned him a place at the top after he held the lead briefly on his back nine as fortunes fluctuated too frequently on the third day.

On a day when overnight leader Emiliano Grillo (78) faced the wrath of the challenging DLF course, Wallace, who had clinched his maiden European Tour title at the 2017 Open de Portugal, rode on his front nine to rise to contention.

Scottish golfer Stephen Gallacher scored a sizzling five-under 67 to zoom to the second spot after firing five birdies, an eagle and two bogeys to stay just one stroke behind the leaders.

Among other Indians, Ajeetesh Sandhu, who was best-placed Indian after the first round, was second best at 26th after he carded two-over 74 on day 3.

Earlier in the day, Grillo, who was 11-under after first 36 holes to lead the field after the first two days, dropped three shots in first four holes even as Shubhankar sank a birdie at the fifth to stay just one stroke behind the Argentine.

The Indian then stumbled on a bogey-birdie patch to stay one-under. At the eighth hole, Shubhankar approach shot landed at the fringes and he consulted the referee before producing another birdie to go two-under.

He parred the next to make the turn at two-under but he was still one stroke behind Grillo, who picked up a birdie at the ninth hole.

At the 10th hole, Shubhankar chipped in from the fringes to produce a downhill putt to move to the lead along with Grillo and Matt Wallace, who had been sensational with three birdies, an eagle in the front nine, besides a bogey at the 3rd.

However, Shubhankar landed in the bushes in the 11th hole and wasted two strokes to out of it and ended up with a bogey to slip to third.

The 13th hole proved to be the turning point as Grillo stumbled on a double bogey after landing in bushes. Despite taking a free drop, he ended up taking six shots to complete the hole. Wallace also dropped a stroke even as Shubhankar made a par to stay at eight-under.

Grillo further slipped down when he dropped a double bogey again in the 14th even as Shubhankar parred to stay ahead.

Wallace then dropped successive bogeys at the 16th and 17th, while Shubhankar saved a putt before his tee shot went wayward at the 17th and he ended up with a double bogey to slip. But the Indian managed to pick up a stroke at the 18th to be back in joint lead.