I'm One Of The Reasons We Lost Ryder Cup, Says Tiger Woods 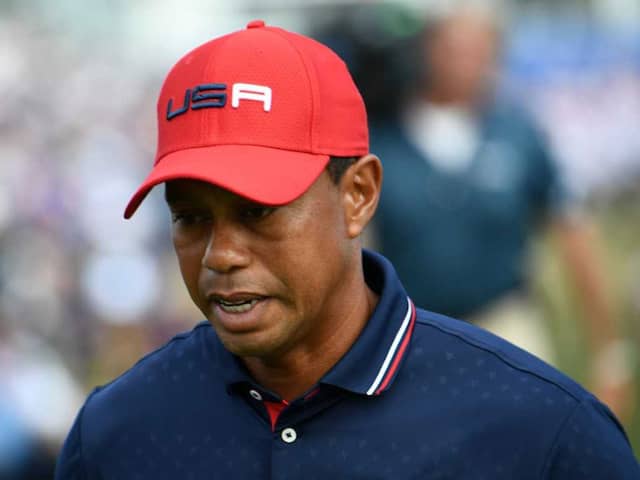 A despondent Tiger Woods admitted that he "was a contributing factor" for the loss.© AFP

A despondent Tiger Woods admitted that he "was a contributing factor" as to why the United States surrendered the Ryder Cup to Europe, after losing all four of his matches at Le Golf National. The 14-time major champion suffered only his second singles defeat in the match-play showdown with a 2 and 1 loss to Jon Rahm as Europe charged to victory. His miserable Ryder Cup record now stands at 13 wins, 21 losses and three halves.

"It's disappointing because I went 0-4, and that's four points to the European team," admitted Woods.

"I'm one of the contributing factors to why we lost the Cup, and it's not a lot of fun.

"It's frustrating because we came here, I thought we were all playing pretty well, and I just didn't perform at the level that I had been playing, and just got behind early in the matches and never got back."

The former world number one headed to Paris in high spirits after capping a magnificent comeback season from injury with his first title since 2013 at the Tour Championship last week.

But it all went badly wrong, losing twice in the fourballs alongside Patrick Reed and once in the foursomes with Bryson DeChambeau -- all defeats coming at the hands of Tommy Fleetwood and Francesco Molinari.

Comments
Topics mentioned in this article
Other Sports Tiger Woods Golf
Get the latest Cricket news, check out the India cricket schedule, Cricket live score . Like us on Facebook or follow us on Twitter for more sports updates. You can also download the NDTV Cricket app for Android or iOS.