The Americans swept the first three matches in Friday's fourballs before Fleetwood and Molinari fought back. 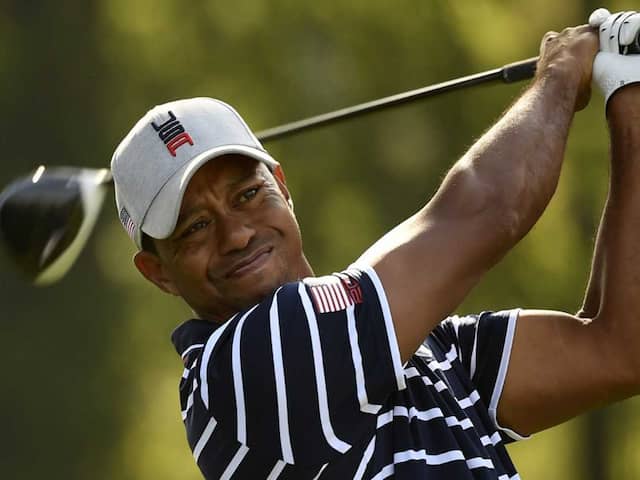 Tiger Woods and Patrick Reed will renew their rivalry with Europe's star Ryder Cup pairing Tommy Fleetwood and Francesco Molinari in Saturday's morning fourballs as the United States look to recover from a 5-3 deficit. The Americans swept the first three matches in Friday's fourballs before Fleetwood and Molinari fought back to defeat Woods and Reed 3 and 1 to put Europe on the board at Le Golf National. Thomas Bjorn's hosts then secured a whitewash in the foursomes for the first time in team history to turn the competition on its head.

Woods and Reed, who were left out of the foursomes debacle, will once more face off against Fleetwood and Molinari in the third match.

It will be Molinari's fourth Ryder Cup encounter with Woods after the two squared off in the singles at both the 2010 and 2012 events.

The Italian also won the British Open in July while playing alongside Woods, who had led with eight holes to go.

Ian Poulter and Jon Rahm battle Jordan Spieth and Justin Thomas in the anchor match as Jim Furyk kept faith with the same eight who played in Friday's first session.

Comments
Topics mentioned in this article
Tiger Woods Other Sports
Get the latest Cricket news, check out the India cricket schedule, Cricket live score . Like us on Facebook or follow us on Twitter for more sports updates. You can also download the NDTV Cricket app for Android or iOS.