The 14-time major champion was the star attraction this week in France. 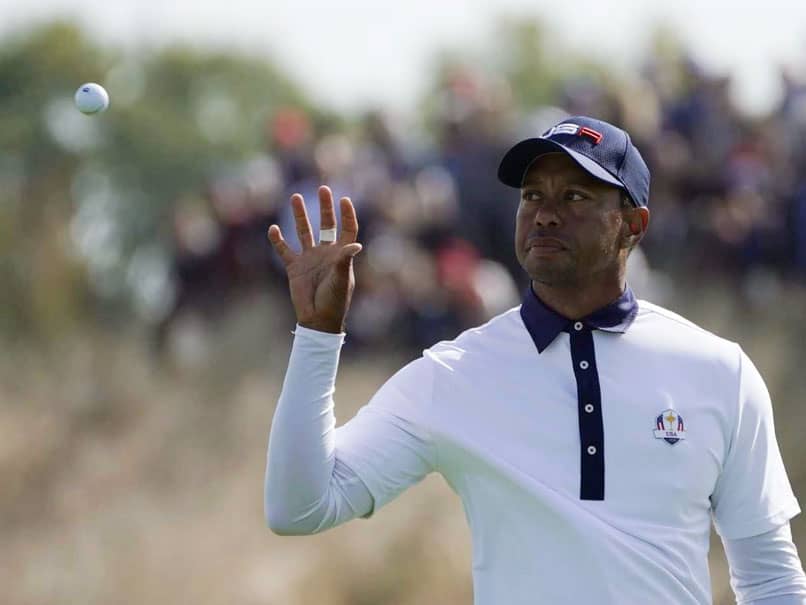 Tiger Woods' game has been solid if not spectacular at Le Golf National.© AFP

Tiger Woods called on the United States to rally at the Ryder Cup, after he fell to a second straight defeat by Francesco Molinari and Tommy Fleetwood alongside Patrick Reed on Saturday. Europe claimed an imposing 8-4 lead heading into the penultimate session, with Woods and Reed swatted aside by Molinari and Fleetwood on the back nine in a 4 and 3 loss. "There's a lot of matches to be played. We need this match in the afternoon right now... And there's still 12 more points up for grabs tomorrow," said the 42-year-old, who will take on Molinari and Fleetwood again in Saturday's afternoon foursomes, although this time with Bryson DeChambeau.

The 14-time major champion was the star attraction this week in France after capping an incredible comeback season after injury with his first title since 2013 last weekend.

But even at his imperious best, he was never a strong Ryder Cup player when in a pairing, and he has now won only nine, lost 18 and halved one of his fourballs and foursomes matches in the event.

Woods' game has been solid if not spectacular at Le Golf National, but Reed badly let down the former world number one.

The reigning Masters champion endured a nightmare round on Saturday, hitting multiple balls into the water, spending much of his time in the rough, and even hitting one tee shot out of bounds and almost into a spectator shopping area.

Woods played down his teammate's horror show, though, admitting that it was a similar story to 24 hours before.

"We fought back from 2-down to get it to all-square," he said. "And then we didn't do anything from there. They made a bunch of birdies, and we didn't answer."

It was a heavy loss for Woods and Reed having been all-square after 10 holes, with Molinari piling the pressure on his opponents, just as he had done to Woods when winning the British Open while playing with the American.

English rookie Fleetwood and Molinari have now won three matches from three, making the former the first European debutant to achieve the feat since Sergio Garcia in 1999.

"Today we were solid, and just started riding that wave again on the back nine when Fran started playing great, and I just kind of stood by his side and tried to hit decent golf shots and stay in the hole and let him go free," said the 27-year-old Fleetwood.