Ojaswini Saraswat has participated in several tournaments in India and ranked number one in category 7 and under in the year 2019 and ranked second in Albatross junior golf merit list 2019. 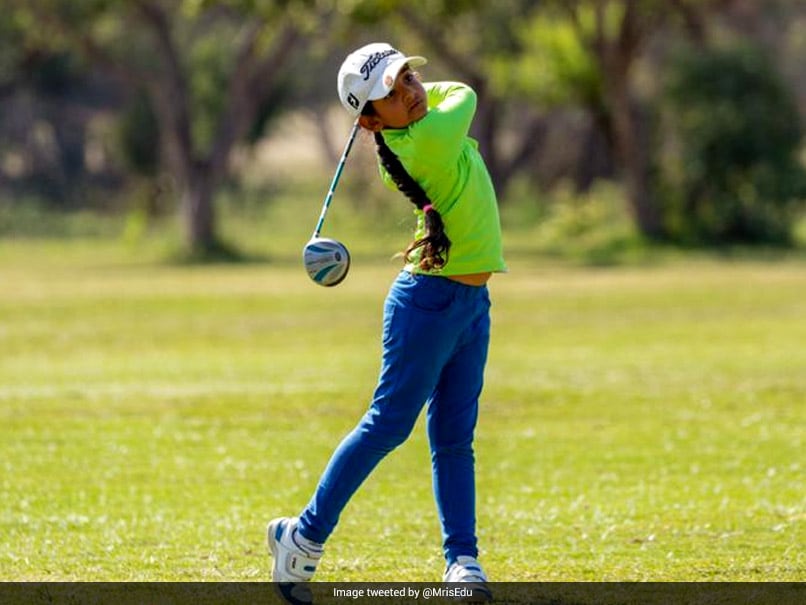 Ojaswini Saraswat is the youngest-ever member of the Chandigarh Golf Club.© Twitter

The seven-year-old golfer Ojaswini Saraswat, who has brought many accolades at this very young age to the country, is now aiming to win a major championship and lead the women's professional circuit. Ojaswini started playing golf at the age of 3. She is the youngest-ever member of the Chandigarh Golf Club and student of the Arjun Awardee Harmeet Kahlon.

She has participated in several tournaments in India and ranked number one in category 7 and under in the year 2019 and ranked second in Albatross junior golf merit list 2019.

"I have been playing golf since I was 3-year-old. I use to watch many people playing golf so I too wanted to join them in playing and participate in various tournaments. My teachers congratulate me for my game. The school has made a range and division in the campus. I am in the tennis team too," Ojaswini told ANI.

"Due to coronavirusI cannot go to school now and when I was six years old I use to play in Chandigarh at 5 o'clock and then use to go to Mohali so that I can practice at my home. When Mohali Golf Range reopened, I started practicing here. I hope to win the World Championship which will start in August," she added.

She participated in the US Kids Golf Delhi-NCR Fall Season 2019 local tour and played a total of seven matches including tour championship and won all the matches with excellent scores and was declared tour champion.

She already competed in more than 12 tournaments in India and has been invited for international tournaments as well. She achieved priority status level 11 in the year 2019, which is the highest level in the US Kids Golf local tour, which makes her eligible to represent India in category 7 and under in different major tournaments across the world.

Ojaswini has won more than 40 tournaments in the year 2019 while playing in India's most tough and beautifully designed golf courses.