Will Smith was a guest of Lewis Hamilton's Mercedes team at the Abu Dhabi GP and the duo recorded a video in the build-up to the race. 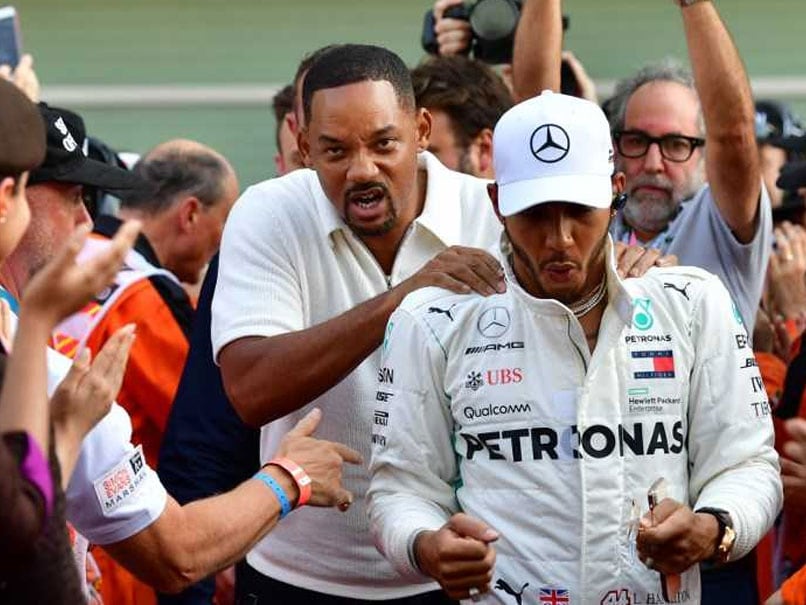 Will Smith was a guest of Lewis Hamilton's Mercedes team at the Abu Dhabi GP.© AFP

Lewis Hamilton had a near-perfect 2018, putting in dominating drives to bring home his fifth drivers' world championship. Ahead of the final Grand Prix of the season at Abu Dhabi, Hamilton had already sewn the drivers' title, making the race a mere formality. The Abu Dhabi Grand Prix took place on Sunday with Hamilton's Mercedes team welcoming Will Smith as their guest to the paddock. Before the race, the Hollywood superstar met up with the British driver and shot a hilarious video of him holding the world champion hostage.

In the viral video posted on Hamilton's Instagram account, Smith is seen telling the Mercedes driver that the title is already won and that Hamilton should "save something for other people".

The actor is then seen tying Hamilton to a chair and then walking into the Mercedes garage in a race suit and the Briton's crash helmet.

Bro, you didn't win the race?!?!@willsmith

At the end of the video, Will Smith is seen being arrested by an officer and taken away. And while things might not have worked out as planned for the Hollywood star, it certainly did for Hamilton on the race track.

The 33-year-old, who started from his 83rd pole position, came home 2.5 seconds ahead of his main title rival, four-time champion Sebastian Vettel of Ferrari, on the day Fernando Alonso bade farewell to F1.

Hamilton's win came after a race that began with a horrific opening lap crash from which Nico Hulkenberg escaped unhurt despite his Renault car catching ablaze and barrel-rolling into the track-side barriers.

Lewis Hamilton Abu Dhabi Grand Prix Yas Marina
Get the latest updates on IND vs NZ 2021, check out the Schedule and Live Score . Like us on Facebook or follow us on Twitter for more sports updates. You can also download the NDTV Cricket app for Android or iOS.