Sebastian Vettel said he has no regrets over his six years at Ferrari despite failing to achieve his objective and end the team's long wait for a first drivers' title since 2007. 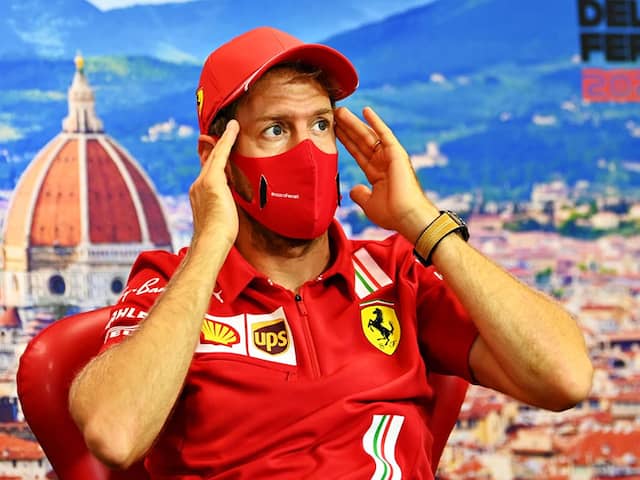 Sebastian Vettel has signed for the renamed Aston Martin team for the 2021 season.© AFP

Sebastian Vettel said he has no regrets over his six years at Ferrari despite failing to achieve his objective and end the team's long wait for a first drivers' title since 2007. And the four-time world champion made clear he felt revitalised by the prospect of joining Aston Martin next year - but looked back with pleasure on his years at Maranello. "I don't regret the years that I've spent with Ferrari," said Vettel at Mugello ahead of this weekend's Tuscan Grand Prix, which Ferrari are hosting to celebrate their 1000th Formula One race entry,

"They are a big part of my life. In the very beginning, Ferrari has a special place, the way I grew up looking at Michael [Schumacher] and him racing at Ferrari.

"For sure, I wanted to do better than I did, but I've certainly tried everything. We had good times, also bad times, but it's probably part of it and now probably for both sides, it's time to move on."

Ferrari told the German driver in May that they were not renewing his contract, leaving him stunned and, at times, close to leaving F1 as he reflected on his prospects.

In the end, he said on Thursday, he wanted to continue racing and was very happy to join the Silverstone-based Racing Point team when it is renamed Aston Martin.

"Naturally, I joined Ferrari not just to join Ferrari and not just win races, but win championships and win it in the right way," said Vettel.

"Obviously, in that regard, you can say we have failed.

Ferrari's last drivers' champion was Kimi Raikkonen in 2007. Vettel won all of his four titles with Red Bull in consecutive seasons from 2010-2013.

Looking ahead to his switch to Aston Martin, under the leadership of Canadian billionaire Lawrence Stroll, Vettel said he was impressed.

"The team has huge potential," he explained.

"I think there's some really good people on board, clever people, and I'm looking forward to helping -- and to show that those qualities are there and demonstrate that as well with the results.

"It's always great if you have great results straightaway, but everything is sort of a bit of the first time so I'm looking forward to help make that growth possible and enjoy the work that there is ahead of me."

Vettel was 13th fastest after Friday's opening practice as he learned his way round the sweeping circuit while team-mate Charles Leclerc, more familiar with the track, was third quickest behind Mercedes' Valtteri Bottas and Max Verstappen of Red Bull.

Sebastian Vettel Formula 1
Get the latest updates on IPL 2020, check out the IPL Schedule for 2020 and Indian Premier League (IPL) Cricket live score . Like us on Facebook or follow us on Twitter for more sports updates. You can also download the NDTV Cricket app for Android or iOS.